Letter: It’s time to declare we won’t take it any more 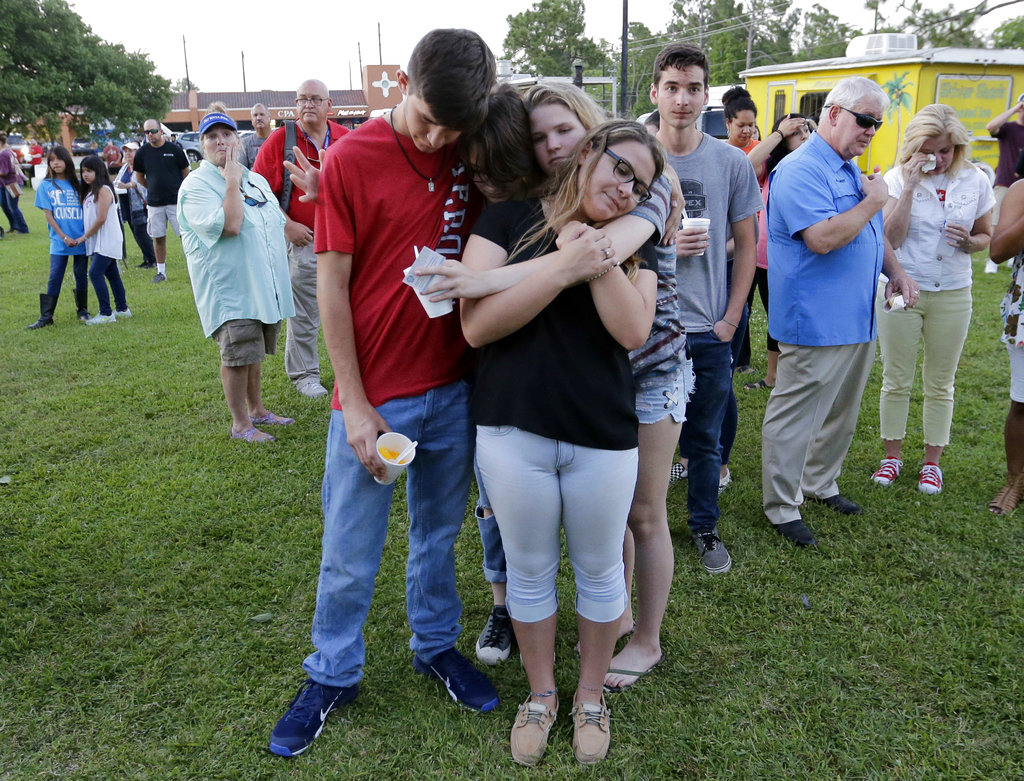 Mourners embrace each other during a prayer vigil following a shooting at Santa Fe High School in Santa Fe, Texas, on Friday, May 18, 2018. (AP Photo/David J. Phillip)

“When will they ever learn?” I am being haunted by that refrain from the ’60s protest song, “Where Have All the Flowers Gone?” One deluded child pulled a trigger to generate soul-numbing horror in Texas. However, the enriched social medium that nourishes this behavior stems from a government populated by puppets controlled by big money lobbyists and their concern for re-election.

Added to that is the failure of the majority of Americans who have allowed themselves to be outshouted by the extremist elements from all sides.

Prayers are being offered for the lost, the injured and those who loved them because of this failure of the American political system and American society.

However, we must also pray that all Americans find the courage to set aside extremism and demand reasonable checks and restrictions, at the same time we acknowledge the constitutional rights to gun ownership demand those rights are protected.

We should also pray that our legislative and executive branch members find the courage to follow their conscience and their heart rather than follow their pocketbook.

We must demand our legislators and elected officials publicly explain why they continue to fail us and allow themselves to be managed by extremist money lobbyists such as the NRA. We should make their stance on these issues the deciding factor in gaining or losing our vote.

For too long the right and left extremists have been controlled by single-issue politics; it is time for the Americans in the middle to loudly proclaim they are mad as hell and won’t take it anymore.

Together, with respect for all sides, we must stop this slaughter of innocents. There is a way and we must find it. Pray that we all find the courage of the Parkland kids.

Editorial: A ticket to dissension