Elizabeth Cook: The antidote is community 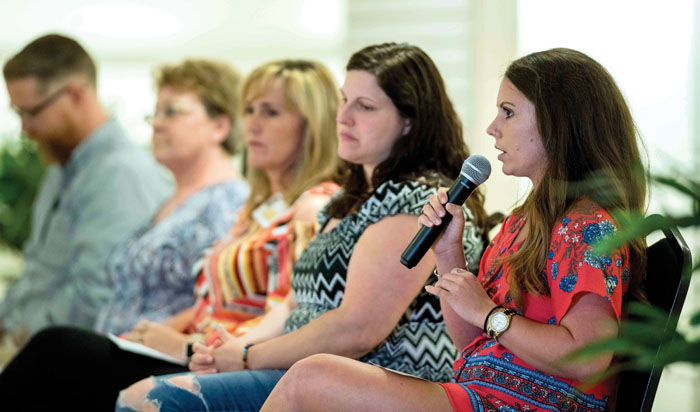 That’s what critics say when they read about addicts overdosing on painkillers or heroin and being revived with Narcan — only to overdose again within days or even hours.

The hard-hearted change their tune after they or someone they know loses a family member to opioids, says Sam Quinones.

We in Rowan County take pride in community and our emphasis on family, but the way opioids have infiltrated suggests we’ve been kidding ourselves.

That’s the ultimate message of “Dreamland: The True Tale of America’s Opioid Epidemic,” the book Quinones wrote after he stumbled several years ago upon the great unreported story of post-recession America. Opioids were ruining lives, tearing up families and killing young people. But no one wanted to talk about it.

Parents were ashamed. They made up stories about heart attacks or other ailments — anything but a drug overdose.

The stigma — the fear of judgment — was too great.

Now that Quinones has lifted the camouflage, now that opioids are killing more people than guns or highway crashes, we can see the crisis that’s been right in front of us for several years.

And people are beginning to speak up.

In  one brief stretch, last week’s opioid forum was a kick in the teeth. Two young recovering addicts ended their stories with harsh words for a community that they believe wasn’t there for them. They needed help as they struggled in the depths of addiction. But the community around them was either oblivious, in denial or did not care.

We don’t deserve all the blame for what happens to addicts. Once heroin gets hold of someone, they’ll do anything to get that next hit.

But we can take responsibility for doing a better job of preventing young people from falling prey to these drugs and of treating those who become addicted.

“I think this epidemic is calling for us to do a lot of things,” Quinones says.

Each effort would be part of a mosaic, none of them sexy or dramatic but all of them contributing to the whole.

The epidemic is calling on us to rediscover an essential American value, Quinones says — self-reliance.

No cavalry is on its way to fix this problem; we have to do it as a community.

Drug rehab in jail is one possibility. There have also been discussions about providing job training to people being held in jail.

Work and opportunity play into the opioid crisis. While some people get hooked after taking painkillers for an injury, others simply opt in.

Which comes first, hopelessness or addiction? Either way, discontent is the product.

Talking with a group of local citizens the day afer the opioid forum, Quinones points out that the five states Donald Trump swept unexpectedly in the 2016 presidential election were states where opioid addiction was most widespread. Candidates may not have been aware of the epidemic, but voters knew it all too well.

From 2010 to 2016, the unemployment rate fell from 18 percent to 6 percent, but there was no sense of prosperity in large swaths of those states — including North Carolina, according to Quinones. Unemployment rates don’t take into account the number of people who are too strung out to look for a job.

Addiction creates inertia and fatalism. Treatment and recovery can change all that.

Quinones says companies should be encouraged to assimilate recovering addicts into the workforce. Their brains are no longer enslaved to the drug. They break free of their fatalism and emerge happy, energized, grateful and with a fresh outlook.

Addiction is a family disease, yet families struggle in isolation. They’re afraid to let people know what’s going on.

“No one brings you a casserole when your child is an addict,” one mother says.

And no one throws a shower when older couples take in their grandchildren because addiction has destroyed their family.

Recovering addicts should get over their shame and humiliation and tell their stories, the experts say.

That’s easier said than done when you’ve heard the calls to  “lock ’em up”  and “let ’em die.”

It doesn’t have to be that way, Quinones says. “This most isolating of drugs can be a prompt to bring people together.”