Editorial: A ticket to dissension 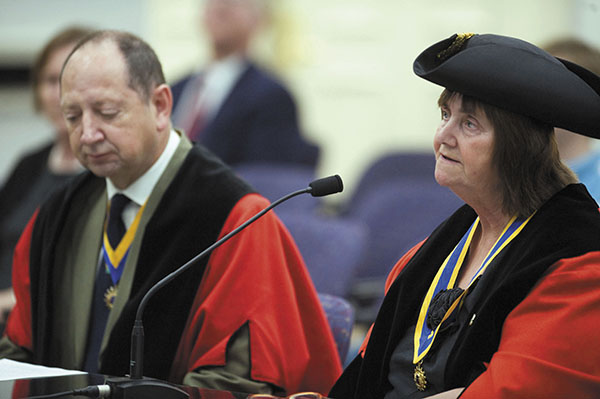 No one would have predicted six months ago that a $1,060.60 reimbursement request could spark bitter division on the new, much-ballyhooed Salisbury City Council. But there it was  Tuesday, with council members speaking tensely to each other and citizens lashing out.

Neither side is budging on this issue. The council should agree to disagree — as it finally did on Tuesday — and move on.

On one side is our first female, African-American mayor, Al Heggins, who plans to represent the city at a ceremony in our sister city, Salisbury, England. She was invited as mayor and she is going as mayor. So Heggins has asked the city to reimburse her for her plane ticket.

Other council members — who happen to be white — have pointed out that previous council members and mayors who took sister city trips paid their own way, and they object vehemently to reimbursing Heggins.

If everyone on City Council were of the same race — all black or all white — this would look like a disagreement on how to spend city funds, or a personality clash. But that is not the case, and what should be a simple issue has been painted as a racial episode. The optics are not good for either side.

The other council members’ insistence that Heggins’ appearance at the English “mayor making” is not an official matter rings false. Of course she’s going as mayor. There may not be a great deal of “municipal benefit” to the trip, as Council Member Brian Miller said, but Heggins has for some reason made this a priority. Without a written policy forbidding such an expense, this appears to be within her power.

Unfortunately, at Tuesday’s meeting Heggins appeared to drag out debate about the reimbursement and — no coincidence — citizens passionately spoke up for her during public comment. One went so far as to imply that council members who are Jewish or LGBT were abandoning their fellow victim of oppression by opposing Heggins on the issue.

When then-Mayor Susan Kluttz revived the sister city relationship several years ago, the initiative was more a nicety than a necessity, an opportunity for cultural exchange. As long as the city wasn’t spending lots of taxpayer money on the visits, citizens took it in stride and even enjoyed showing off our city when British officials visited here.

Then as now, taxpayers would revolt if the entire council took such a trip at city expense, but one person going now as the city’s ambassador is not going to break the budget.

Some people will object on principle; they don’t like to pay for officials’ trips to Myrtle Beach, much less England. Others will agree based on a different principle; they believe an official representing the public deserves reimbursement for travel.  They especially believe it if the person asking is black and the people fighting it are white. That, they say, is “pay to play.”

As Miller said, how the taxpayers feel about it may ultimately make itself evident at the ballot box.

Let’s hope Heggins and the rest of City Council have much more to show  their efforts than this incident by November 2019 — so much that this episode will seem minor. Things have been said that will be hard to forget, but a dispute over $1,060 plane ticket should not define this council or this city.