John Hood: Cooper budget would freeze tax rates instead of cutting them 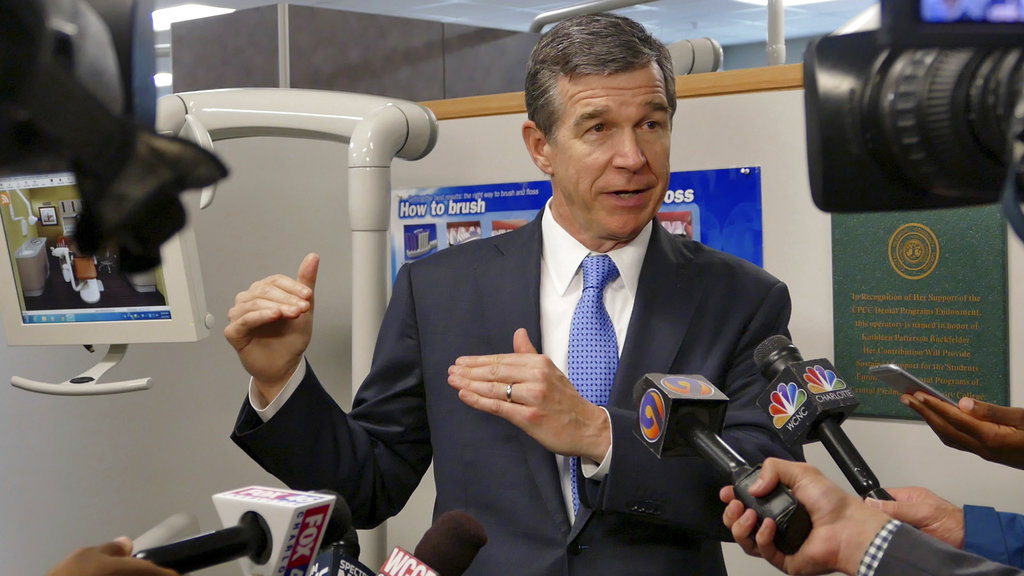 RALEIGH — What is a tax increase? Sounds like a simple question. But when politics intrudes, simple becomes complicated — or even convoluted.

One possible definition is that a tax increase is when you pay more taxes this year than you did last year. But what if you get a pay raise at work? All other things being equal, it is certainly the case that if your taxable income rises, the amount of income tax you pay rises, too — and if you use part of your raise to buy a new computer, your sales-tax burden will rise a bit, too.

But that doesn’t really sound like a tax increase, does it?

The definition gets more problematic if you recognize that changes in tax policy aren’t always intended to be permanent. For example, if lawmakers impose a temporary tax hike to balance a governmental budget during a recession, or a surtax over a fixed period of years to pay for a particular capital project, would it be a tax hike if they later chose not to let the higher tax rate expire as promised?

Technically, the next year’s tax bill would look the same as the previous year’s tax bill. But you’ll pay more tax than you otherwise would have. It would be like taking out a car loan, getting to the last payment, and then having the lender tack on an extra two months of payments. Your monthly budget would stay the same. Yet you’d conclude that you’d been swindled. The price tag you were promised would not be the price you actually end up paying.

In North Carolina politics, these kinds of questions have proven to be far from academic. Two former Democratic governors, Mike Easley and Bev Perdue, both proposed “temporary” tax increases during recessionary budget crises, then later proposed to extend the life of those tax hikes. Easley got his additional taxes, thanks to a friendly Democratic legislature. Perdue didn’t, as her attempts to extend hundreds of millions of dollars a year in “temporary” sales tax hikes were rejected by the Republican legislature.

On the flipside, North Carolina once had a state version of the Earned Income Tax Credit. It was enacted as a time-limited measure. Several years ago, when it was scheduled to expire, GOP lawmakers chose not to renew it. Democrats blasted Republicans for “eliminating” the state EITC, which was rhetorically useful but untruthful.

Which brings me to Gov. Roy Cooper’s just-released budget proposal. Under the budget enacted by Republican lawmakers last year, North Carolina’s tax rates are scheduled to decline during the coming year — to 5.25 percent on personal income, down from about 5.5 percent, and to 2.5 percent on corporate income, down from 3 percent.

The Cooper administration wants to spend upwards of $1 billion more than the GOP-led General Assembly would like over the next two fiscal years. Specifically, legislative leaders have announced a General Fund target of $23.9 billion in 2018-19. That’s about $900 million, or 3.85 percent, more than this year’s budget, and includes another round of significant teacher-pay raises.

The governor isn’t satisfied. He wants a $1.5 billion spending hike in 2018-19 — yes, you read that right — plus another big budget increase in 2019-20. One of the ways Cooper proposes to pay for it is to freeze the corporate tax at the current 3 percent, and to keep the 5.5 percent personal rate for some high-income taxpayers.

Under Cooper’s plan, would the affected companies and households pay more next year than they will this year? No. But they would clearly pay more than current law allows. Language aside, the administration properly books its proposal as an increase in tax collections — of nearly $400 million over the next two fiscal years.

These extra taxes Cooper wants to collect fall far short of what progressives want. They think state spending is billions of dollars too low. Still, $400 million is a lot of money. And North Carolinians are surely entitled to accurate information about it.

John Hood (@JohnHoodNC) is chairman of the John Locke Foundation.