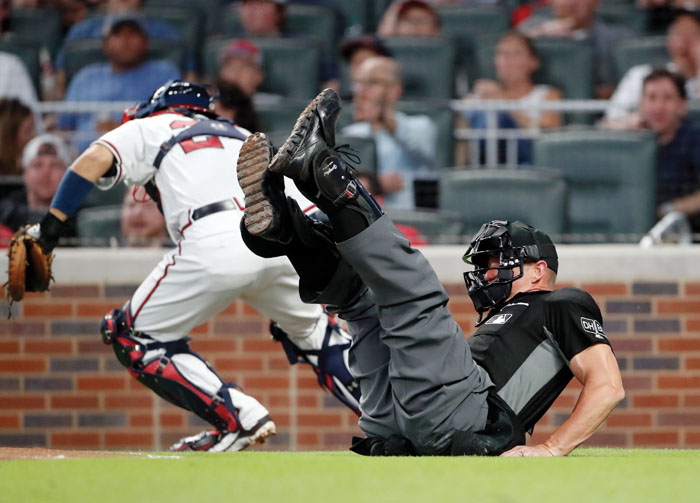 Umpire Jim Wolf (28) falls as he collides with Atlanta Braves catcher Kurt Suzuki (24), background, who was chasing a dropped third strike in the fourth a inning of a baseball game against the Chicago Cubs, Tuesday, May 15, 2018, in Atlanta. A run scored. (AP Photo/John Bazemore)