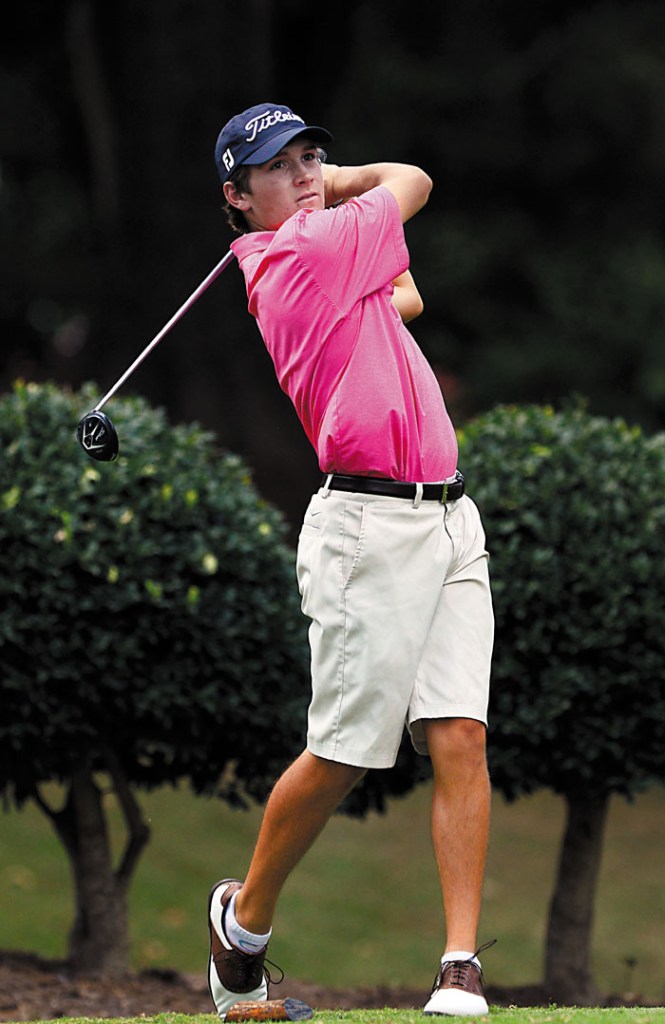 Cannon had five players finish in the top 10, earning all-state honors. Michael Childress, of Salisbury, took sixth place overall, firing a two-round 145 (72-73). Childress has signed to continue his career this fall at the University of Richmond.

Another Salisbury resident, Charlie Barr, finished in a tie for ninth individually to make all-state as a freshman. Barr shot 148 (75-73). Barr was tied with teammate Michael Sanders, a senior who is heading to LSU.

Cannon was led by Narayan Mohan, who tied for medalist honors with Brandon Einstein of Forsyth Country Day. Both had 140, 4-under par scores. Mohan shot a 68 on the first day and 72 on Wednesday. Einstein had rounds of 69 and 71.

Lansdon Robbins, of Davidson, also a senior at Cannon, was third overall at 141, 3-under par for the tournament. Robbins will play college golf at UNC Wilmington.

Livingstone’s Philip Harrison is CIAA Scholar-Athlete of the Year