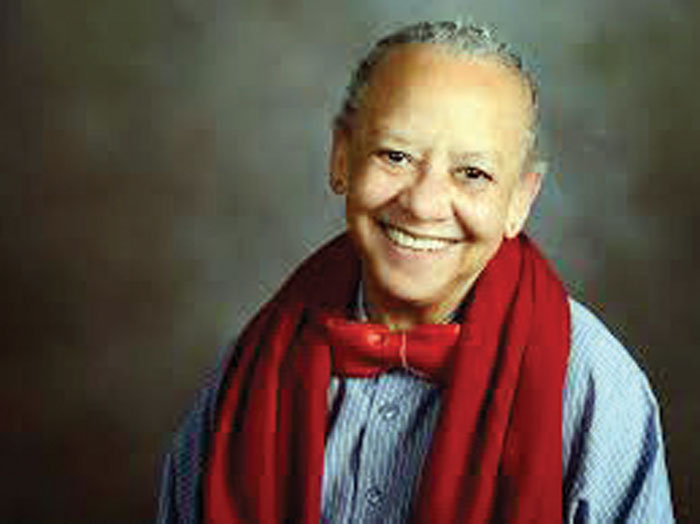 “The seminary is excited to welcome Professor Giovanni to our learning community,” said seminary President Vergel Lattimore. “She has been one of the most meaningful voices in 20th- and 21st-century America. Her hundreds of writings have spanned the human spectrum of dynamic issues including spirituality, love, relationships, life fulfillment, self-affirmation, cultural pride and the affirmation of black life and personhood.”

Giovanni taught English, creative writing and black studies for 15 years in colleges and universities before being named the 1999 university distinguished professor for the department of English at Virginia Tech. She holds a bachelor of arts with honors in history from Fisk University. She has been awarded 18 doctorates of humane letters, three doctorates of literature, two doctorates of arts and two doctorates of letters.

In addition to her volumes of adult literature, her books for children speak to the historical, emotional and psychological realities of growing up in an ambivalent society while maintaining a hopeful outlook on the world.

She has edited books that showcase African-American poetry and fiction, the messages of hip hop, grandfathers and grandmothers as keepers of traditions, and Appalachian elders. Her books of nonfiction convey her journey as a poet and her quest to interpret the truths raised by such literary leaders as Margaret Walker and James Baldwin, as well as an array of black women.

Giovanni also has been a healing and hopeful voice during times of social crisis. In 2007, when violence shattered the Virginia Tech campus in Blacksburg, university leaders asked her to speak to their hurting community.

The commencement will begin at 10:30 a.m. Saturday in Varick Auditorium on the campus of Livingstone College, 701 W. Monroe St.