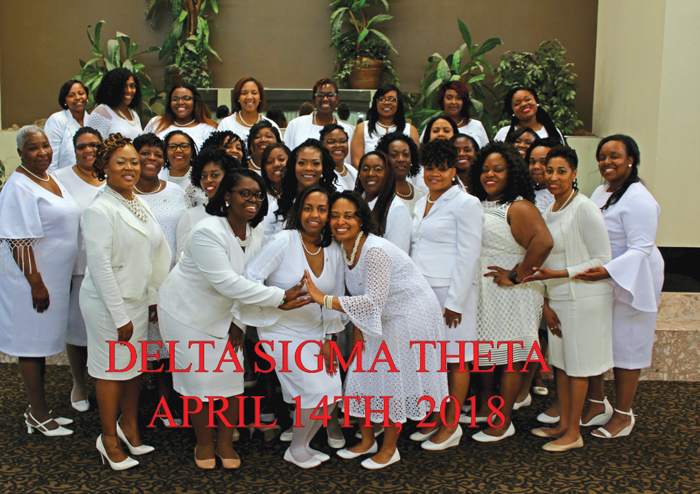 The Salisbury Alumnae Chapter attended Delta Sigma Theta Sorority,  Inc. South Atlantic Region’s North Carolina Spring State Meeting held at the Benton Convention Center in Winston-Salem  NC from April 27 – 28, 2018. The Chapter’s president,  Natalie Rivers, served as a delegate and the Chapter’s vice president, Dierdra Davis, was the alternate delegate. Several workshops were held focusing on protocol and procedures, membership services, arts & letters, scholarships and standards, health awareness, and nominating. The opening plenary session closed out with a  session on Mental Health First aid that focused on developing a mental health toolkit to assist those in mental health crisis. The members in attendance provided community service by making donations to the Union County’s Salvation Army Boys and Girls Club, and made a financial contribution to the Guilford County School System to assist with schools and families that were hit by the recent tornado that hit Greensboro.

Salisbury Alumnae is gearing up for two large events. The first is the Jabberwock Cotillion scheduled for May 19, 2018 at Mount Zion Missionary Baptist Church.  The second event is their 2nd Annual Golf Tournament scheduled for Saturday, June 2, 2018 at 1:00 PM. The tournament will be held at the revival at the Crescent.  Contact Le’Kishja Mabry  704-640-7214 or email fundraising@salisburyalumnaedst.org to enter or for more information. All proceeds from both events benefit scholarships through the sororities non-profit, Fort2tude Foundation, Inc.  Those scholarships are awarded to high school seniors in Rowan and Stanly Counties.
For more information on the Salisbury Alumnae Chapter of Delta Sigma Theta Sorority,  Inc. you may contact the president, Natalie Rivers at 704-232-2154 or email president@Salisburyalumnaedst.org