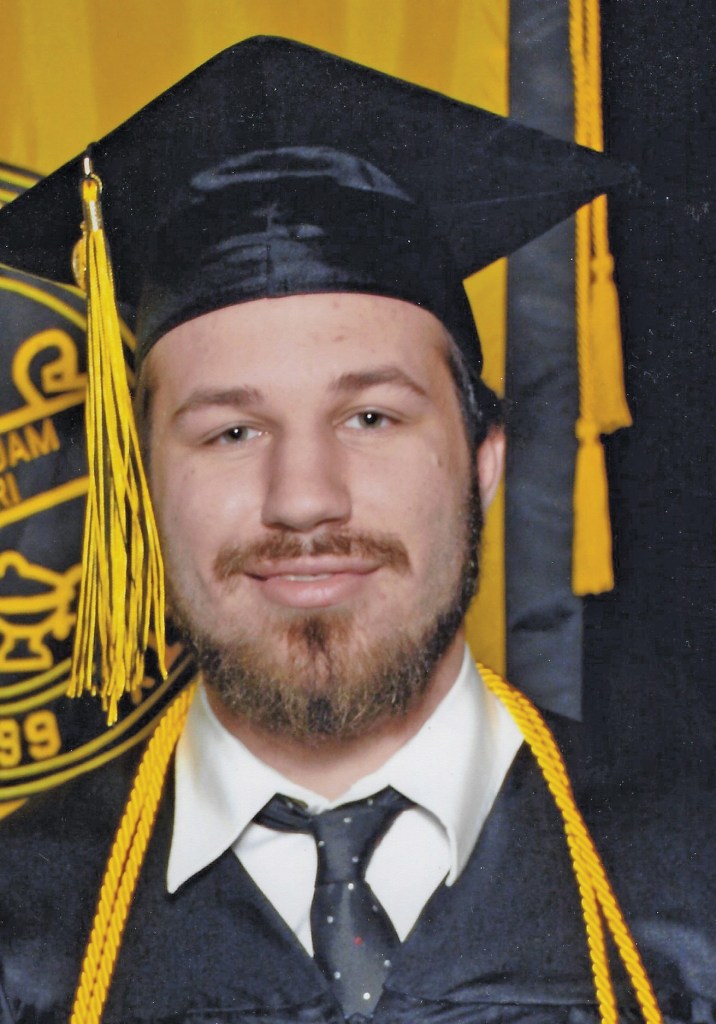 Ethan Alexander Mancil of Salisbury graduated magna cum laude from Appalachian State University on Dec. 18, 2017 with University Honors and Departmental Honors, earning both a Bachelor of Science in Applied Physics and a Bachelor of Science in General Mathematics.  While enrolled at App State, he worked part-time on campus as a math tutor and gained experience in two research laboratories.  Mr. Mancil was also named to the Chancellor’s and Dean’s Lists.  He was a member of the Academy of Science, delivered scientific presentations on his work related to superconducting and supercurrents at the State of North Carolina Undergraduate Research and Creativity Symposium (SNCURCS) held at Campbell University and at the Appalachian Regional Microscopy Society (AReMS) held at Appalachian State University.  In addition, Ethan earned second place in the Shenandoah Valley Math Modeling Challenge held at Virginia Military Institution.

Mr. Mancil is presently employed at Appalachian State University in the Department of Physics as a research assistant in Dr. François Amet’s laboratory where he works with insulated Graphene based electrical devices designed to induce super conductivity.

In the fall Mr. Mancil will begin a graduate program pursuing a PhD in Physics at Duke University.

A 2013 graduate of Graystone Day School, Ethan is the son of Dr. and Mrs. Gary Mancil of Salisbury and the brother of Dr. Emily Mancil (Greenville, S.C.) and Dr. Will Mancil (Apex).  Ethan will soon become the brother-in-law of Dr. Charlotte Brown. He is the grandson of Mrs. Hazel Mancil, the late Mr. Willis Mancil of Waycross, GA and the late Mr. and Mrs. Paul Torcivia of Phillipsburg, N.J.