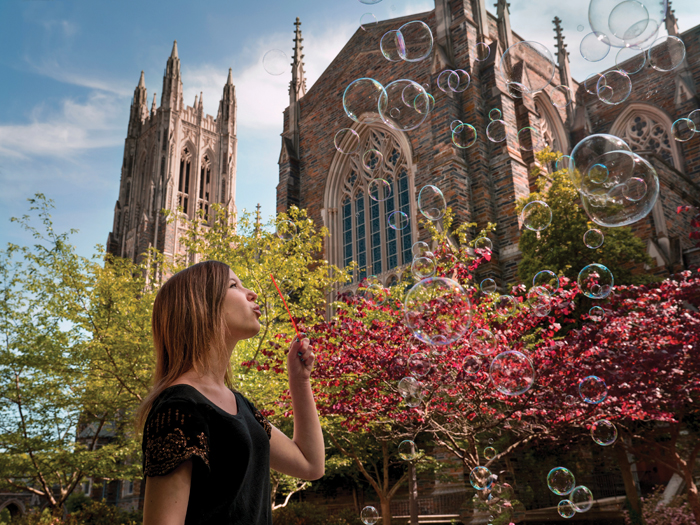 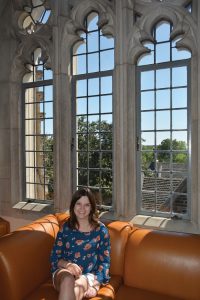 Sam Washko sits in the study tower room of her dorm. Photo by Susan Shinn Turner

DURHAM — When she was 5, Samantha Washko was treated for leukemia at Duke University Hospital. You might remember photos of her, dancing as she was hooked up to an IV. Diagnosed at age 4 with ALL — T-cell acute lymphocytic leukemia — Sam underwent an umbilical cord transplant the next year.
While at Duke Hospital, Sam could see the spires of Duke Chapel in the distance. She was convinced it was a castle, and told her parents, Ken and Nancy Washko, that she was going to live there someday.
She has.
Now 21, Sam on this day is graduating from Duke University, magna cum laude. On Thursday, she was inducted into Phi Beta Kappa — just like her mother, and her mother’s mother.
She’s receiving a degree in computer science, with minors in mathematics and philosophy. In August, she’ll move to Seattle to go to work as a software engineer with a company called Microsoft. Maybe you’ve heard of it.
And yeah, she’s still dancing.
A couple of weeks before graduation, Sam sits down for lunch Elmo’s Diner on Ninth Street, a popular student hangout. She is so excited about everything that’s happened lately that she has to be continually reminded to eat the two giant pancakes on her plate. She eventually makes her way through the centers of both.
The week before, she’d participated in the Duke Swing Dance Club’s spring performance. The group chose the theme of “Stranger Swings,” a play on words of the popular Netflix series, “Stranger Things.” 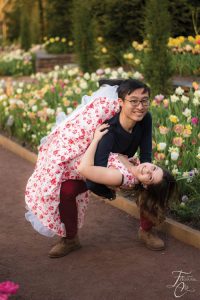 Sam and Yao Shengjie are in the Duke Swing Dance Club. Photo by Cecilia Xie

Find your thrill at The Barn at Blueberry Hill