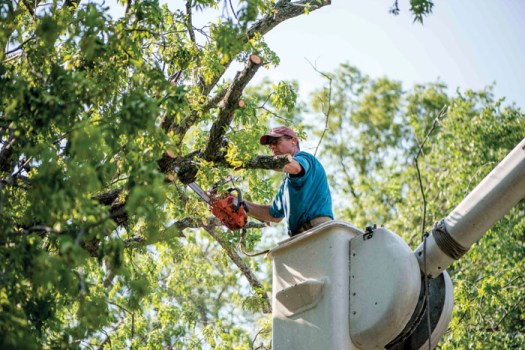 James Allen uses a bucket truck Friday to trim back the branches with a chain saw. An old pecan tree broke off at the base and crashed into the back of a house on South Ellis Street. Jon C. Lakey/Salisbury Post 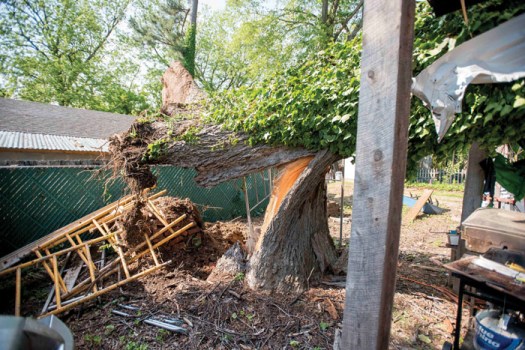 A pecan tree crashed into a home on South Ellis Street during a Thursday night storm. Jon C. Lakey/Salisbury Post 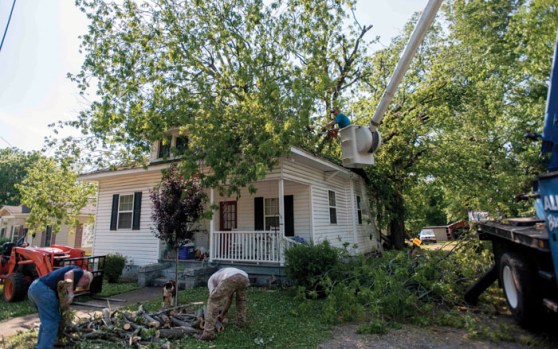 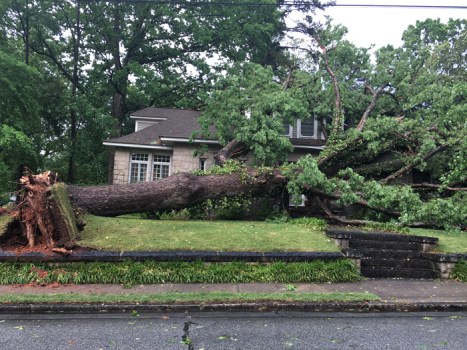 Trees fell along Mitchell Avenue in Salisbury during a thunderstorm that brought strong winds Thursday evening. Photo by Laurel Harry 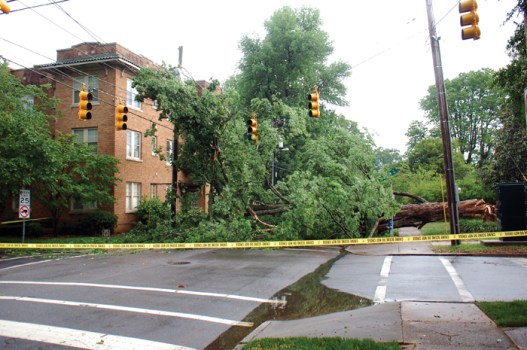 Heavy winds accompanying a thunderstorm early Thursday evening led to reports of many downed trees and power lines across the city, including this large maple, which fell across South Fulton Street at West Horah Street. That's Fairmont Terrace on the left. 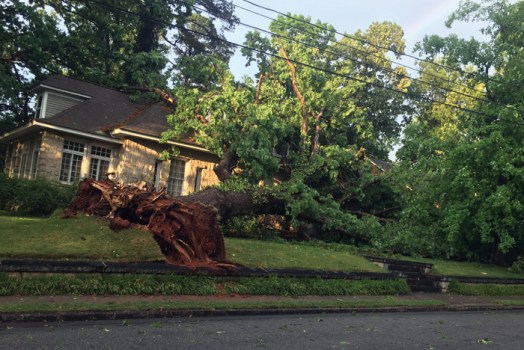 Thursday evening's storm brought down this tree at the Mitchell Avenue home of Al and Trish Dunn. Submitted photo

SALISBURY — A thunderstorm with strong winds that moved through Salisbury on Thursday night sent a tree crashing into a home on South Ellis Street.

The old pecan tree broke off at the base and crashed into the back of the house, crushing the kitchen area.

Crews were on the scene Friday clearing the debris.

The storm also toppled a tree at South Fulton and West Horah streets near Fairmont Terrace condominiums. The intersection was closed into the night Thursday as crews worked to clear the debris.

A section of downtown Salisbury was without power for hours after the tree fell.

On Mitchell Avenue, a large tree fell onto a home in the 600 block.