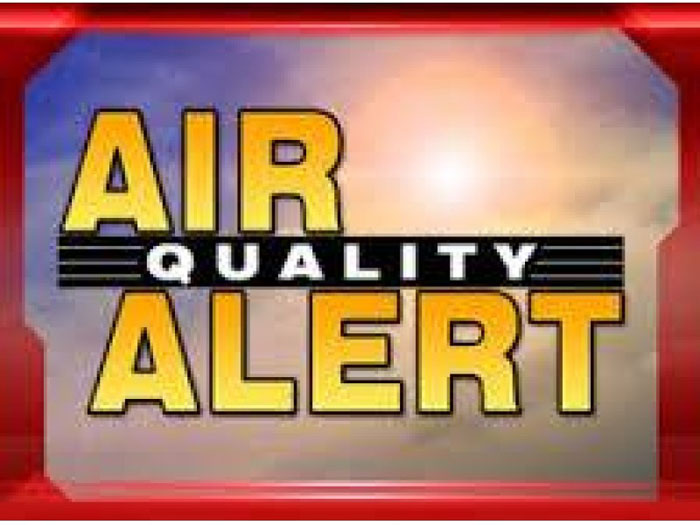 An Air Quality Action Day has been declared for the Charlotte region on Saturday.

It will be a Code Orange day for ozone and a code yellow day for particle pollution.

Code Orange means the air quality is unhealthy for sensitive groups such as children, active adults, and those with heart or respiratory disease, including asthma. They should should limit outdoor activity.

Sunday and Monday are predicted to also be Code Yellow days for ozone and particle pollution.

We have another 30 percent chance of showers and thunderstorms today and again, some of those storms could be strong to severe, with large hail and damaging wind gusts. Most of the storms will be after 3 p.m.

Today will be sunny and hot, with a high of 87. Calm wind will become southwest around 5 mph this afternoon. Less than a tenth of an inch of rain is expected, except in thunderstorms.

Tonight, there will be a 20 percent chance of showers and thunderstorms, with a low of 62 and calm wind.

Saturday will be sunny and even hotter, with a high of 91. Calm wind will be from the southwest at 5-7 mph in the afternoon. Saturday night will be partly cloudy with a low of 66 and southwest wind at 3-6 mph.

Sunday will be sunny and 92 with west winds around 5 mph in the afternoon. Sunday night will be mostly clear with a low of 66.

Monday, too, will have a high of 92 with mostly sunny skies. The low will be 67, with mostly cloudy skies.

Thursday will have a 50 percent chance of showers and thunderstorms and be mostly cloudy. The high will be 83.

Rowan-Salisbury school board approves teacher workday May 16 because…