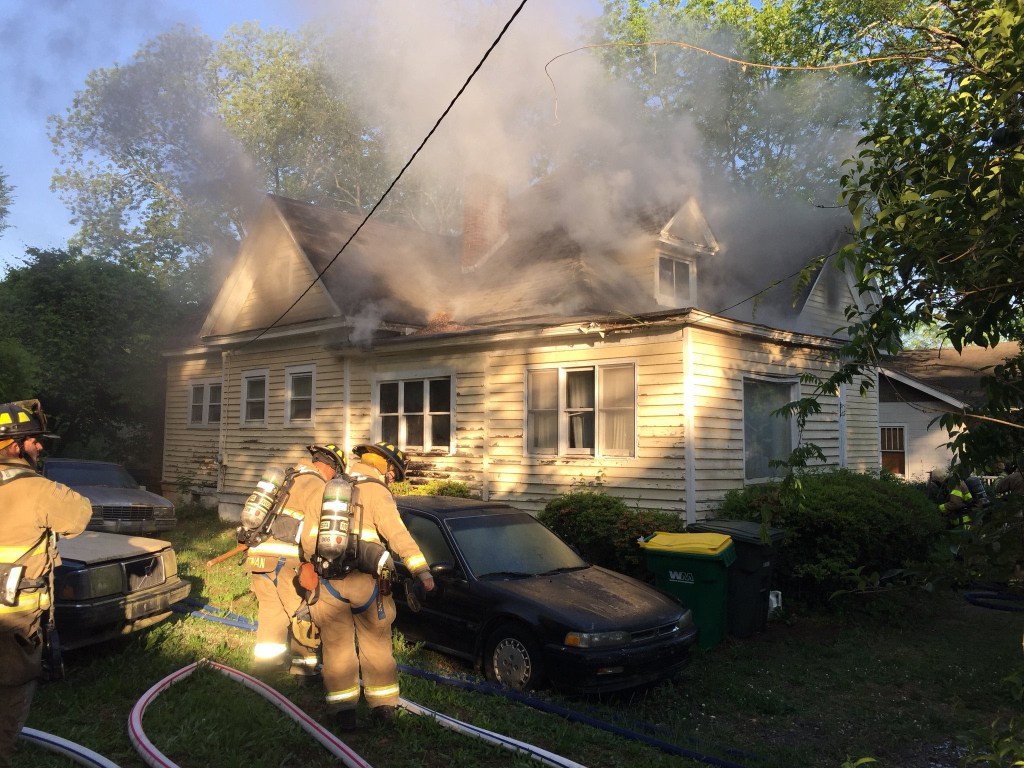 Fire investigators say the cause of this home at 223 East Steele St. was caused by the misuse of an extension cord. No injuries were reported. Photo by Salisbury Fire Department

SALISBURY — Fire officials say the misuse of an extension cord is to blame for a fire early Wednesday morning at an East Steele Street home.

Multiple fire crews responded to the fire, which occurred before 7:30 a.m. at 223 East Steele St. About 30 minutes later, fire crews had extinguished the fire and were going back to check for additional smoke and fire inside the home.

Large plumes of black smoke could be seen before they arrived on the scene. All the occupants were able to get out of the house unharmed.

The local chapter of the American Red Cross is assisting the occupants.

Officials say the fire was accidental.