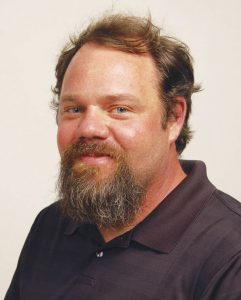 Walters submitted his resignation after accepting a job with the town of Independence, Virginia. His resignation is effective May 31.

“I wasn’t actively looking for a job,” Walters said of the move. “This just kind of fell in my lap.”

Those who work for Spencer said they’ll miss Walters’ expertise and encouragement.

“We came on board about the same time, and I’ve learned a lot,” Town Clerk Tori Lowe said. “… I really love your passion to see people strive and succeed.”

Walters, in turn, thanked the Board of Aldermen.

“I’ve really enjoyed what I’ve done in Spencer,” he said. “I’ve loved what the boards I’ve served have allowed me to do. … It means a lot to me and it always will.”

Board members praised Walters’ dedication, his connections and his ability to get even the most stubborn project off the ground.

“You’ve been an essential part of every piece that’s gone forward,” Mayor Jim Gobbel said. “… I hate to see you go.”

Former Alderman Howard White attended the meeting to bid goodbye to Walters. He thanked Walters during the public-comment period.

“It’s been a true honor not only to know the man, but to work with the man,” White said.

• Voted to rebuild the town’s fraternity sign, which was destroyed by a car crash.

• Agreed to donate $2,500 to the N.C. Transportation Museum to support the Salute the Troops military show, to be held June 30-July 1.

SPENCER — The Spencer Board of Aldermen spent more than two hours Tuesday night combing through a proposed budget for... read more