Leonard Pitts: How to know what is real and what is not 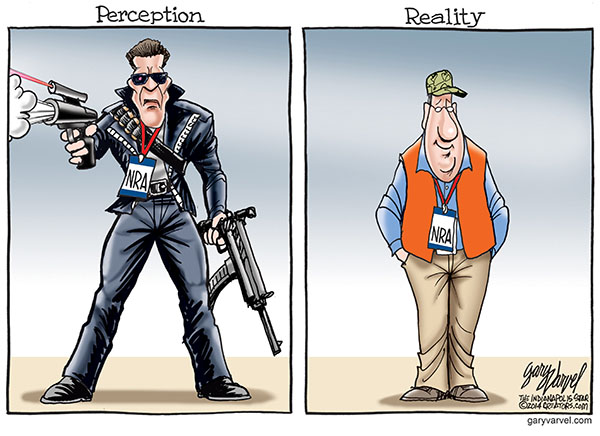 “If Reality Is Altered, What Can We Believe In?”

In 1994, that was the headline of the first column I ever wrote about the manipulation of images and words — digital lies that made it difficult to know what was really real. Small wonder, I said, we were a nation “paralyzed by cynicism.”

Twenty-four years later, the technology has improved while social media have made the lies ubiquitous. And “cynicism” would be a feeble word for the state of the union today, when the very idea of knowable truth is in controversy, an adviser to a lying president speaks airily of “alternative facts,” the news is filled with conspiracy theories and it has become distressingly clear that many of us simply don’t care, blithely rejecting all facts that collide with preferred fictions.

The scary thing is, it’s about to get worse.

That’s according to “After the Fact,” a troubling and essential new book by USA Today reporter Nathan Bomey, which traces the course of this intellectual unraveling. He writes that new technology will soon open the door to an era of audio manipulation, the implications of which are staggering.

Consider that it is already possible, with a little tech savvy, to produce an image or video of you doing something you never did. Well, now it will be possible to pair that with audio of you saying — in your own voice — something you never said. As if it were not already hard enough to know the truth when you hear it.

So how did we reach this point? “Journalists,” said Bomey in a telephone interview, “used to be gatekeepers in the sense that we took responsibility for authenticating information. And people trusted us to try to sort fact from fiction. Now social media has put individual people in charge of authenticating information on their own, and most people aren’t trained to do that.” Complicating matters, he said, is “the natural human tendency to ignore the truth.”

Though the retreat from facts has been most noticeable among conservatives, thanks to their megaphone of cable news, talk radio and internet conspiracy sites, Bomey said it is not unique to them. While the right denies the fact of climate change, for instance, “Liberals are more likely to deny the facts about genetically modified food, which is a big issue when it comes to poverty in Africa.”

Nor, said Bomey, is this limited to the United States. He cited a recent New York Times story about a false rumor, carried by Facebook, that ignited deadly clashes in Sri Lanka. “I think this is a huge global problem. Look at the sheer scale of Facebook in particular — more than 2 billion users on a monthly basis. It just dwarfs anything else in the media. There’s no outlet that has that kind of impact. It’s certainly global — and it’s growing.”

Bomey described himself as “fairly pessimistic” about the future of information. But he does see at least a glimmer of hope, albeit in an unlikely place. “Journalism education is something we need to do more of. Even if an individual isn’t going to be a journalist, I think we need to teach the principles of journalism in schools — validating sources and trying to authenticate what is and is not real. That’s what we do on a daily basis. Well, now that’s what you need to do as a citizen.”

It can’t happen soon enough. A nation where climate change is a hoax, but the Hillary Clinton pedophile ring is real, where trust in news media is declining but measles is staging a comeback, is a nation sowing the seeds of its own demise. Worse, it’s a nation spoiling for a hard lesson from an unforgiving teacher.

See, you may ignore reality all you wish. Reality will never return the favor.