Editorial: Vote of confidence for Edds, Greene and Klusman 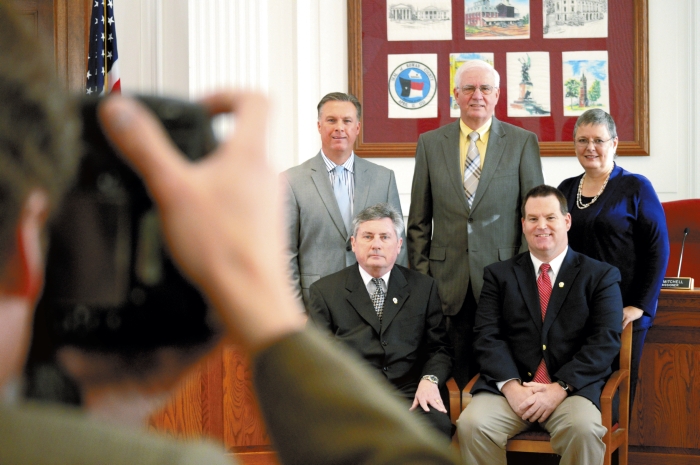 Fellow Commissioner Craig Pierce’s not-so-clever ploy of trying to unseat one of the trio while he still had two years left in his own term fell flat. Pierce finished a distant fourth, some 2,400 votes behind Klusman. Instead of winning four more years and appointing his own replacement, he’ll have to settle for the term he has.

Jim Sides, former chairman, did not fare well in his bid to return to the board after losing in the 2014 primary. He came in fifth, as he did four years ago.

There’s still a general election to go, but the fact that Chairman Edds, Vice Chairman Greene and Klusman beat off their primary challengers comes as a great relief to thousands of voters who feared a return to the days of old. When Sides was chairman, his opposition to tax incentives for economic development created uncomfortable moments with visiting executives. And the jabs that Sides and Pierce took at City Council and the school board made collaboration all but impossible.

Speaking of jabs, payback for Sides and Pierce came in the form of negative ads and mailers paid for by the Rowan Alliance, a political action group led by businessman Jake Alexander Jr., a conservative Salisbury Republican. The group put a lot of money into defeating Sides in 2014 and has repeated that strategy this year.

Edds, Greene and Klusman have ushered in a new era in county government, one marked by a positive and welcoming tone, a proactive approach to economic development and unusual emphasis on getting along with other boards and municipalities. They seemed to be on a roll and might well have won without the support of attack ads.

Though turnout was low, the fact that a big “anti” vote didn’t show up at the polls to support the challengers makes Tuesday’s result a big vote of confidence in Edds, Greene and Klusman. Rowan appears to be turning a corner. There have been times in the past when new, forward-looking chairmen and commissioners nudged the county forward only to receive pushback and be replaced in the next election by those who resist change. This time, Rowan County is making progress, and voters are ready to keep pushing forward. There’s no retrenching this time. It really is a new day.