Voter turnout dismal for May 2018 primary 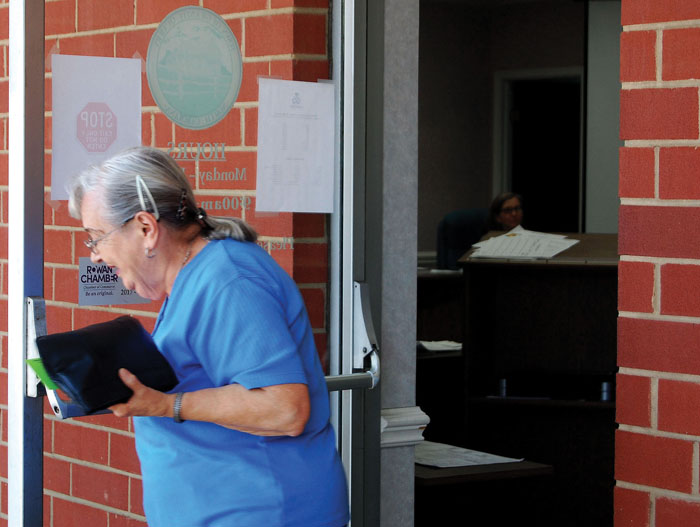 Joyce Prevette of Granite Quarry said she tries to vote when she’s able to, but felt it important enough to vote during this year’s primary election.

Prevette said she believes exercising her right to vote is something everyone should do. There weren’t very many people at her precinct, which was at the Granite Quarry municipal building.

So far, Granite Quarry is not the only precinct seeing this low turnout. By 10 a.m., only 1,440 people had voted across the county.

Granite Quarry had the second highest turnout in the morning hours with 74 voters. Hatters Shop bested the precinct with 82 voters.

East Spencer, by comparison, had only seen seven voters.

This meant a turnout of just over 7.27 percent when combined with early voting and absentee ballot numbers to date.

Granite Quarry moved into the site with the highest turnout by 2 p.m. By the mid-afternoon hour, 173 had cast their ballots.

Three precincts remained behind: Ellis at 36, West Ward III at 32 and East Spencer with a mere 13.

Voter turnout has remained at a trickle as the afternoon moved on, said poll workers at West Park Baptist Church.

Just after 3 p.m. poll workers said they only had about 62 voters.

“We’re in a really good place in the county. I want to keep it that way,” he said.

On his way out of the polling site, Moose said he was the 200th voter in Granite Quarry.