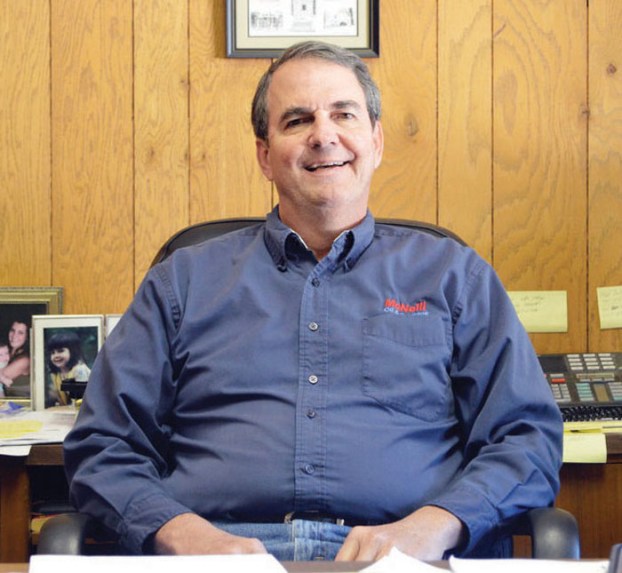 Frank McNeill of Aberdeen won the Democratic primary for Congress in the 8th District.

His sights set on the U.S. House, Frank McNeil of Aberdeen won the Democratic primary in the 8th District on Tuesday, setting him up to challenge Republican incumbent Richard Hudson of Concord in the November election.

McNeill, a third-generation president of McNeill Oil Co., handily defeated Scott Huffman of Harrisburg and Marc Tiegel of Concord. The unofficial totals from the primary are:

The 8th District touches seven counties, including the southern two-thirds of Rowan County.

“Our message of bringing our values of decency, kindness, hard work, and taking care of one another is resonating in the 8th Congressional District,” McNeill, 62, said in a statement. “For three generations, our family has created jobs in our district by having all of us work together towards a common goal.”

Washington politicians need to take a similar approach, he said.

“We can’t keep kicking over the pot fighting over the ladle,” McNeill said. “We need more spirited leadership in Washington that will fight for our values, not Washington’s.”

He came out swinging against his election opponent.

“Richard Hudson has been a political consultant all his life, playing politics with lobbyists and politicians to suit their agenda, not ours,” McNeill said.”I will fight to get big-money special interests out of our politics, fight for schools and teachers, bring down the costs of prescription drugs, and protect our clean air and water.”

A North Rowan High School graduate who is self-employed in information technology, Huffman said he hoped voters would see a middle-class, small business owner like himself as the one to vote for, but they went for McNeill instead.

“I didn’t have the money,” Huffman said. “Money seems to be what people are looking for …

“I hope Frank will get out there and represent the middle class.”

Tiegel, 40, a former business consultant, said he is happy to have carried his home county of Cabarrus and that McNeill should be proud to have done so well.

“Frank ran a very well-financed, well-coordinated and well-executed campaign,” Tiegel said. “I think he did a bang-up job.”

Tiegel said he did best with the people he met face-to-face. “To a person, everyone was positive and excited about all the possibilities of what could be.”

The 8th District includes Montgomery, Stanly, Moore, Cabarrus and Hoke counties, plus part of Rowan and Cumberland counties. While Tiegel carried Cabarrus, Huffman led in Rowan and McNeill led in the rest of the district.

GREENSBORO — With 61 percent of the vote, first-time political candidate Kathy Manning defeated Adam Coker for a chance to... read more