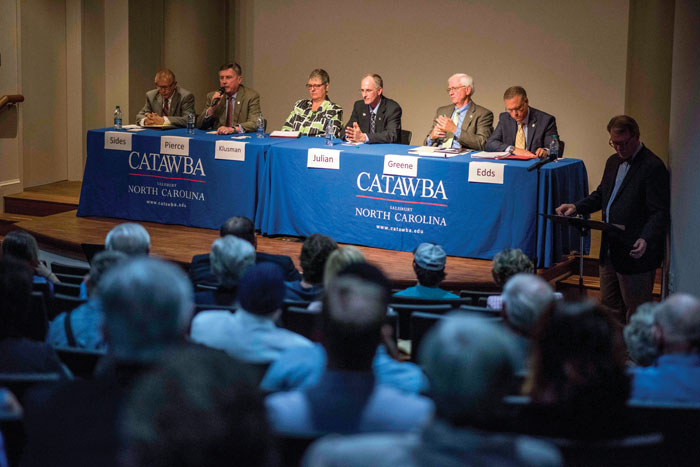 Most people will walk into a voting booth with little idea of all the races on the ballot. They feel a civic obligation to go to the polls, but they’re not very informed about the election. Many (most?) do little research on the candidates so it’s up to the campaigns to reach out to the voters.

In years like this, the driver of turnout is as likely to be down ballot races like sheriff or county commissioner as it is to be top of the ticket races like Congressional primaries. Voters often go to the polls to vote for one candidate but take the time to vote in most races on the ballot. In some cases, they take a guess. In other races, they vote for the candidate whose name they recognize.

For the low information voters who make up the majority of the electorate, the only way they’ll recognize a candidate’s name is if the candidate has communicated with them through television, direct mail or digital outreach.

While social media has made talking to voters a little easier, it’s still a voluntary form of communication. The only people who really see it are the ones who are already interested. That’s probably less than 20 percent of the people who will vote in any given election.

When an election gets above 5,000 or 6,000 voters, paid communication is just about the only way to reach voters unless a candidate comes to the election with broad name recognition, a substantial following or an unusually dynamic personality. In too many elections, candidates without money fight over the most informed voters, about 20% or so of the electorate, in forums and small gatherings and cede the other 80% of the vote to the eeny-meany-miney-moe voters. Money reduces those voters by giving them the information they need to make a decision. In a primary in particular, they’ll almost always vote for the candidate they know the best.

That’s why money matters so much in campaigns. It give candidates the ability to reach, inform and persuade voters who won’t take the time do so for themselves. In races where all candidates start with little name ID and no political resume, the most positive touches can make the difference. A voter who sees a TV ad several times or gets four or five pieces of mail from a candidate is more likely to vote for that candidate if the other side is sending them nothing. Once an electorate exceeds about 6,000 or so voters, there’s rarely enough word-of-mouth networking or grassroots organizing to take a campaign from no name recognition to enough to be known by a majority of voters.

Thomas Mills is the founder and publisher of PoliticsNC.com, a website of commentary and analysis.

Another child dies, yet we call for more guns