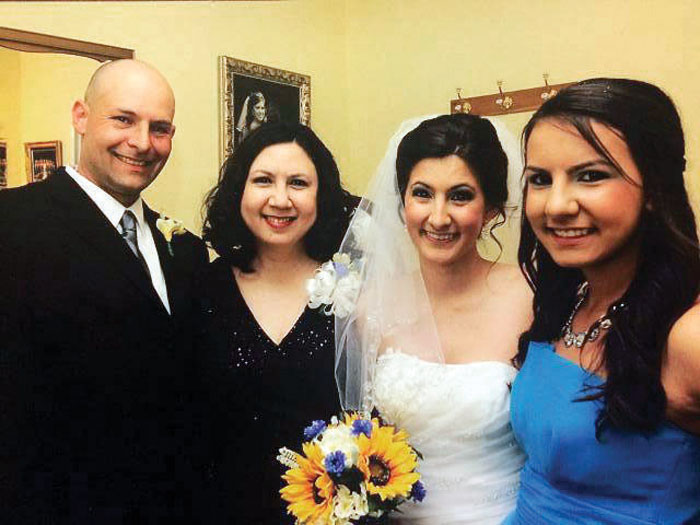 SALISBURY — When it came to Clinton “Clint” Miller, the 43-year-old father of two adult daughters was selfless, loved to joke around, but more than that he was a man of faith. The Rockwell resident was killed this weekend during an industrial accident at Akzo Nobel, where he worked.

Officials with Akzo Nobel did not release Miller’s name, but the family confirmed his death and spoke with the Post late Sunday.

Her brother-in-law called her around 8 a.m. to tell her their father was in an accident at work. Her uncle, Josh Proper, called to tell her to head to her parent’s home.

“Our pastor was here and he told me what happened. He said, ‘daddy was in an accident and he was with Jesus,’ ” Lakey said.

According to a company spokeswoman, the accident occurred at 4 a.m. when Miller fell into an open tank during a loading operation.

She said upon entering the tank, officials discovered Miller had died.

“We are terribly saddened by this loss and our thoughts and prayers are with the employee’s family and the rest of the employees at our site in Salisbury. At this time, we are working with first responders to further investigate the incident. Our primary concern is providing support for the family and ensuring the continued well-being and safety of our other employees,” Murray said.

Production at the site has been suspended. The Occupational Safety and Health Administration (OSHA) will assist in an investigation into the accident.

Lakey said the family has relied on their faith to get them through the last several hours.

“It’s been a whole lot of Jesus. Our church family is amazing. Every hour someone has been here loving us, consoling us, bringing food. We felt God’s presence and daddy in the hugs,” Lakey said.

She said it’s been hard, but the family is very thankful for the support.

This has been hard on her mother, Cynthia, who met Clint, while they were students at Wingate University. The college sweethearts settled in the Salisbury/China Grove area and eventually moved to Rockwell.

Lakey described her father as a cautious daredevil. He liked the thrill of roller coasters, but he would not have gotten on certain rides like Drop Zone at Carowinds. Before Lakey and her sister, Alana, 19, got married the family of four went on yearly trips to Disney World, Carowinds and other places.

Lakey admits once the women began transitioning into families of their own, they traveled less with their parents.

Lakey said her father was a hard worker who strived to do his best.

“He wouldn’t give up very easily and that is a very admirable quality in him. I have two boys and I want them to be a good provider. He was a good family man,” she said.

Lakey said her father was selfless when it came to others.

“He would sacrifice anything in order to help someone else. He always tried to make people happy even if they didn’t want to be comforted,” she said.

She recalled when she and her husband were due to have their son Judah. Her parents drove to Virginia to be with them near their due date.

Well, Judah didn’t arrive like his grandfather wished so Clint drove all the way back to Rowan County only to have them call him around midnight to say that it was time.

“That night I started having contractions. They came right back. He got a ticket,” Lakey laughed.

Her father had sung with the choir at their church, Nazareth Community Church, but his work hours made it difficult to be as active.

She said her father in his spare time helped people with construction projects, did yard work and visited those who were homebound.

“He strived to be the best daddy, the best husband, the best brother, the best friend, but most importantly he strived after God and wanted to do his will and whatever that was,” Lakey said.

Youngest daughter, Alana Cruse, said about a month ago she got married and she’s grateful that her father was able to walk her down the aisle.

“He was such a good daddy, we would always joke around with each other and we were the only ones in the family that liked the Dallas Cowboys. He was my biggest supporter through all my sports in high school and also my biggest fan,” Cruse said.

Akzo Nobel is located on Cedar Springs Road, just beside Henkel and off U.S. 29, and is a specialty chemicals supplier — chemicals that are used in paints, cosmetics, and detergents.