PPT”s ‘Night on the Stage’ brings Broadway to town 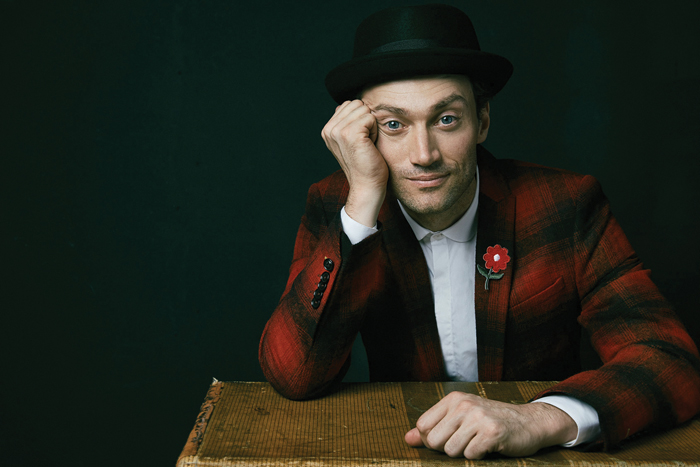 Bryce Pinkham will share his cabaret act with theater supporters May 18-19 at the Meroney Theater.

“Night on the Stage,” Piedmont Players Theatre’s annual marquee event, has always brought top Broadway talent to Salisbury, and this year is no exception.

Bryce Pinkham, 35, will share his cabaret act with theater supporters May 18-19 at the Meroney Theater. The event kicks off each evening at 6:30 p.m. with a cocktail reception, followed by a silent auction, dinner and the show. The popular raffle for a trip to New York City also returns. Tickets are $150 per person for PPT members and $175 for non-members. A limited number of table sponsorships remain for both evenings. 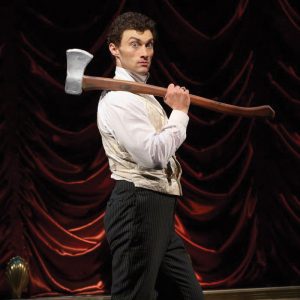 Pinkham hosts a master classes in acting, what he calls “master crashes.”

Greg and Missie Alcorn, along with Piedmont Neurosurgery and Spine and Piedmont Plastic and Oral Surgery (owned by Drs. Ranjan and Sam Roy, respectively) are the event’s presenting sponsors.

“Missie and I have always enjoyed this up-close theater experience,” Alcorn says. “Hearing world-class, Broadway talent and getting to meet them is a thrill. Piedmont Players Theatre does it right.”

Adds Dr. Sam Roy, “It is our honor to support this amazing benefit which benefits Piedmont Players Theatre. We believe that the performing arts have the power to bring our community together, and provide us with a better understanding of the world by making us more culturally literate.”

Traveling the world is one of Pinkham’s passions. He grew up in California, but has been on the East Coast since college. He did his undergraduate work at Boston College, and received a graduate degree from the Yale School of Drama. Six years ago, he and an acting friend, Lucas Caleb Rooney, founded Zara Aina (Share Life) a non-profit children’s theater company in Madagascar.

Rooney had traveled there ahead of Pinkham.

“I picked him up at the airport and saw someone different,” he says. “I thought, I’d like to have some of that.”

So the two have brought emerging artists with them over the years to work with the children there. Pinkham calls the effort an incredible experience, when the attention is not on him, but others. “It’s quite a relief to focus on someone else.”

On stage, Pinkham in 2013 originated the role of Monty Navaro in “A Gentleman’s Guide to Love and Murder.” He was nominated for a Tony award for best actor in a musical.

It was his first audition after returning from Madagascar.

“I had a profound sense of how lucky I was,” he says, “and of how meaningful acting was and how meaningless it was at the same time. I gave my best performance ever fresh off the plane.”

The show closed three years later. In 2015, he played Peter Patrone in “The Heidi Chronicles.” His other stage work has included Clay/Black Fox in “Bloody Bloody Andrew Jackson in 2010,” Carl Bruner in “Ghost the Musical” in 2012 and Jim in “Holiday Inn” in 2016, in the role created by Bing Crosby.

The role of Navaro, he says, put him on the map. “It gave me the confidence to be where I needed to be.”

Pinkham was onstage the entire play, and sang 13 songs over 700 performances.

“It was quite a life experience,” he notes.

Paul Staroba, musical director, will accompany him in Salisbury.

For his Salisbury performances, Pinkham will include songs from his Broadway shows, and songs important to his journey as an actor and a person.

He’ll also talk about his appearance in the 2016 film, “The Comedian,” starring Robert DeNiro. His television work has included “Mercy Street” and “God in America” on PBS, “Blind Spot” on NBC, “The Get Down” on Netflix, and “Person of Interest” and “The Good Wife” on CBS.

His next project should be announced soon, a show he’ll start this winter. Meantime, he’ll continue to give concerts and present master classes in acting, what he calls “master crashes.”

“Master class sounds a little pretentious,” he says. “My class is a crash course on what I do.”

And he’ll continue to travel, having been all over the world with performances for military audiences, including events in Japan, Kuwait, Qatar and Guantanamo Bay.

He and his girlfriend, who’s also in the business, enjoy spending time with friends and family, and visiting flea markets “in search of hidden treasures.”

Dig in to ‘Carolina Catch’ with a side of…