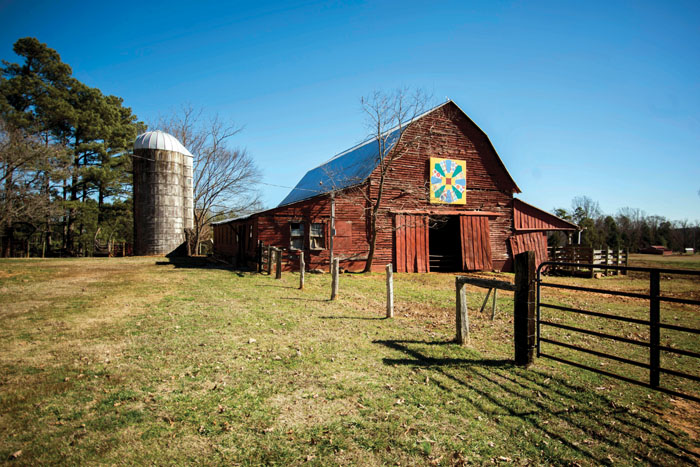 Eighth-grader John Barnette got a lot of people thinking last week when his question was read to candidates for the Rowan County Board of Commissioners.

“What do you want Rowan County to look like in 10 years from now, right after I’ve graduated from college?”

John, who is home schooled, sent in the question for Tuesday night’s forum, held on the Catawba College campus.

Dr. Michael Bitzer, the moderator, chose John’s query for the final question of the forum. Afterwards, I probably wasn’t the only one pondering what Rowan and Salisbury should be like in 10 or 20 years.

What a difference a decade can make. We have only to look back 10 years to confirm that. In May 2008, we were on the brink of a recession so deep it merited notoriety — the Great Recession. Rowan County is only now recovering.

If you go back another decade, to early 1998, you find a very different Rowan County, one buzzing with manufacturing at places like Cone Mills and Pillowtex. Hoechst Celanese was still running the gigantic fiber plant on U.S. 70. Fuchs was making  electric-arc furnaces in Salisbury.

Each decade transforms the landscape in some way. Let’s hope the years from 2018 to 2028 bring changes for the better.

What would you like to see? I’ll take a shot at that.

Some possibilities for 2028 and beyond:

• Farming: Rural Rowan County should look as green and fertile as it does right now, with agriculture still a vital part of the local economy. There would be one critical change, though — high speed internet in all corners of the county should keep farmers and their neighbors as connected as everybody else.

• Education: John and his peers should come home to a county where the public school system has broken the link between poverty and poor student achievement and has risen to new levels of rigor and innovation. That goes for college prep, high tech and training for the trades that keep the country running. There will always be a place for private education, charters and home schooling like John’s, but the Rowan-Salisbury system would be the envy of many communities.

• Development: Water and sewer services along the I-85 corridor will have opened up both southern and northern Rowan to more development, and not just for highway pit stops. With the amount of open land that’s available, the county should be able to attract new industry, possibly smart manufacturing. The tax base would go up and tax rates could go down. That should be worth a tax incentive or two.

• Jobs: With healthy growth in the manufacturing and tech sectors, Rowan would have plenty of desirable jobs to attract people who have acquired advanced training and/or college degrees. This is the tide that could lift all boats .

• City hubs: When today’s eighth-graders get out of college, they’ll be drawn to cities with an active night life and a wide assortment of restaurants and activities. They should find Salisbury and Kannapolis rich in both, with enough people living in apartments that downtown activity maintains a constant hum.

• Shopping: The younger generation could find a Birkdale Village-like development in southern Rowan that might look like a town itself, complete with above-the-store apartments. The internet might be hurting sales at brick-and-mortar stores now, but by then people will be so tired of dealing with corrugated boxes, return shipments and front-porch larceny that they will eagerly go to stores again.

• Diversity: I’d like for John and his classmates to come home to a Rowan County that is open to change, welcomes outsiders and works to break down racial barriers. Equal opportunity is a high priority. Residents would be eager to learn about different cultures and try new things. The old city-vs-county mentality would be history.

• Culture: Still, we need to preserve the essence of Rowan for future generations, the Scotch-Irish and German heritage that ingrained thrift, independence and resourcefulness into the county. Yet we love community and music and theater. The arts should be even more alive in 2028 and reflect our people, from barn quilts to symphony concerts.

• Health: What if John came home to a community so steeped in fitness and nutrition that it resembled Boulder, Colorado? Is there a healthy way to prepare barbecue?

Or maybe not. “Healthy Rowan” should be more than a collaborative effort. The name should stick — Healthy Rowan, like Historic Salisbury. This healthier living would have to include a sharp decline in opiate addiction, brought about by not only new treatment programs but also greater job opportunities that keep people’s lives on track.

We’d like to see more downtown businesses, more people who can afford to buy their own home, more high-tech jobs.

Thanks go to John for the thought-provoking question. Now, what would you like to see here in 2028?