Are young people getting taller, or am I shrinking? 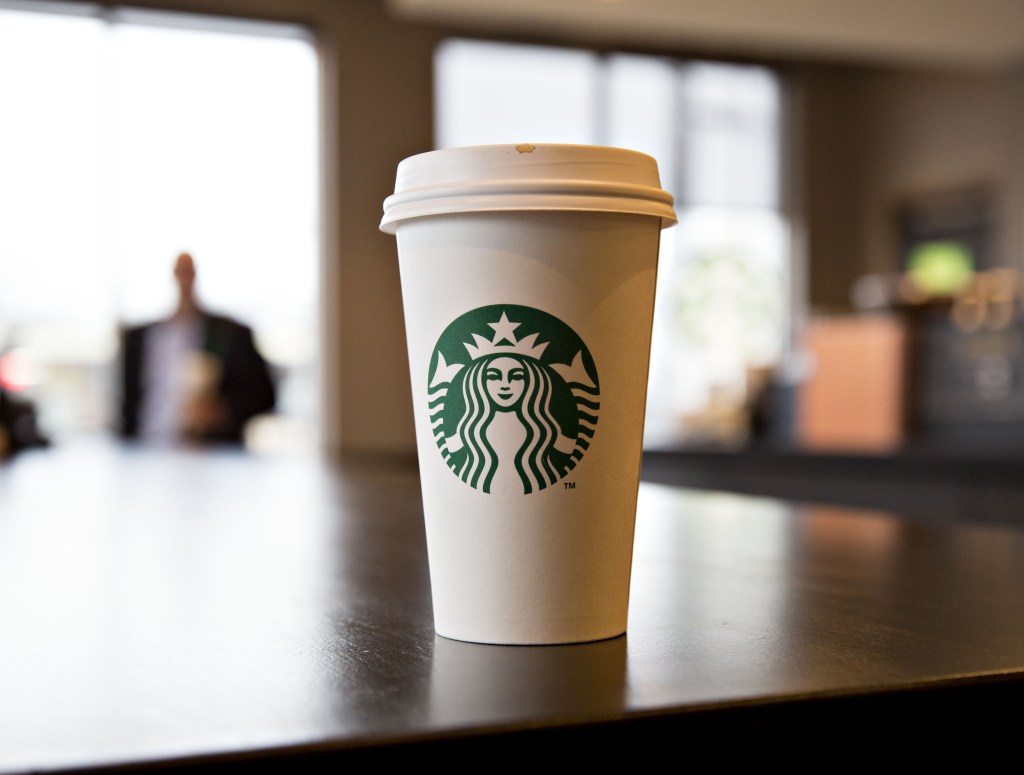 Coffee cups continue to grow, too. Starbucks' Venti is 20 ounces. The new Trenta is 31 ounces. Bloomberg photo by Daniel Acker.

From a Villiage Idiot column by Jim Mullen:

Traveling economy in an airplane today is like being loaded into an already full trash compactor. If you can, beg for aisle seat because then, at least, you’ll be able to move one arm. Mummies have more legroom than airline passengers. Of course, the mummies had to have their brains dissolved and sucked out through their noses to get that kind of space, but after one or two connecting flights, that doesn’t sound so bad.

When we visit a historic site, whether a house or a museum, the furniture all looks as if it came from a doll’s house. Will our giant great-grandchildren think the same of today’s couches and doorframes? Will we start to look like Hobbits to them?

Will hotel rooms come with smaller facilities for us tiny old folks, so we don’t accidentally flush ourselves down giant-sized toilets? Will we be able to stand the pressure of showers without being blown over like a cub reporter in the middle of a hurricane?

Then again, it’s not just young people who look bigger to me lately; it’s everything. Maybe I’m shrinking. Bed pillows seem to be the size of sofas now. Personal soda bottles look closer to two-liters. Coca-Cola introduced their “king-sized” bottle in 1955. It was 12 ounces. I think we were meant to share it.

Coffee cups? You mean, like, one cup of coffee? I think I saw one in an antique store. Can you believe people used to drink coffee in those little things? Didn’t they know about travel mugs? Can you imagine trying to drink your daily six cups of scalding-hot banana/hazelnut Kona fresh-ground gourmet coffee in a cup? In bumper-to-bumper traffic? I wonder if there’s a statistical case to be made that humans have been getting taller since the gourmet coffee shop trend started.