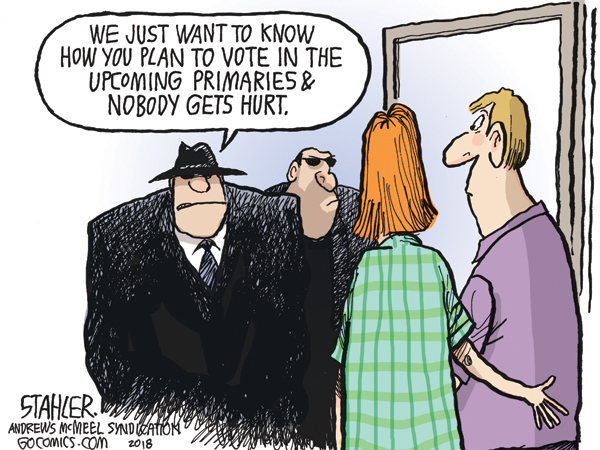 It seems to me, if one has been following the bi-polar Fibrant story, that it has been amply explained that Salisbury is between a rock and a hard place. It is to no one’s interest to throw rocks at what was.

… Let’s not cut off our noses to spite our faces. If Hotwire fails, we are in no worse a position than we are now. We cannot default on the loan — so let’s get behind Hotwire.

And remember, they are not in the business to fail. It is to our own advantage to help them, and thereby ourselves, to succeed. Instead of grousing and constantly looking backward for whom to blame, let’s do our best to save ourselves from drowning.

… Lease Fibrant? Yes, this is an opportunity

I believe that the Hotwire-Fibrant lease is a reasonable solution to maintain the local competitive broadband enterprise, while enabling a larger amount of public funds to go toward supporting vital municipal services. The leadership of the city of Salisbury is greatly appreciated for seeking out a solution to this difficult matter. I hope the partnership is wildly successful.

State law provides for closed sessions for economic development issues largely to protect the confidentiality of the other party. The private sector is similar. When public companies merge — such as Sprint and T-Mobile — their deal was negotiated privately.

Ironically, as you were writing this, City Council was approving the designation of your home as an historic landmark which entitles you to a 50 percent tax break. That’s a curious juxtaposition.

You have the information to vote. “For” means some of the financial drain that is Fibrant is shared now with Hotwire. If they develop more customers, it is a win-win. Voting against (the referendum) means continued drain on the city coffers. I trust the business men that made the decision. I am sure they were not out to harm Salisbury more.

Vote “For” on Fibrant

“All we’ve got to do is quit diverting monies that are being wasted on special interest projects and put them toward infrastructure for our citizens.”

I completely agree with Mr. Pierce here. The county would be in a much better financial position to put in water and sewer if they weren’t facing the big-ticket expenses of maintaining and upfitting the old mall. That is upwards of $30 million that could go a long way towards infrastructure.

And what special interest projects is he referring to? Would that include the expansion of the animal shelter that he championed? Or would that be limited to the extra airport hangers that have been built, or the county providing unused land for a developer to build industrial spaces?

In what ways can the average Rowan County citizen benefit from the airport?

Hypothetically, property taxes. Taxes on a Learjet would astound you. A brand new LearJet 85 is $20.8 million. Let’s say the average home is valued at $145,000; that covers 143 homes. … It lessens our tax load, the same way, say, industrial or commercial development would.

Keep up the good work and pay no attention to the naysayers. Let’s not forget the nasty negativity that occurred between the city of Salisbury, Rowan County and the Rowan-Salisbury School System, created by certain commissioners and city officials four years ago. We are making progress.

… Phil Kirk: Proud to be from Rowan

… Editorial: 10 years from now in Rowan

This was the best question of the evening and didn’t get a good answer. Mr. Sides seems to think that growth is “natural” and doesn’t take any planning effort. The other candidates talk about hope and water/sewer. Ask any growth industry in the USA what they envision and the answer is artificial intelligence.

That means we need to make education Priority One in Rowan County. When we can match certification programs, apprenticeships, STEM and other learning programs against a vision of the anticipated needs, we should be better prepared for 10 years from now. Industries looking for a new location place a very high priority on the status of the local workforce. The people of this county need access to the education tools and the personal motivation to make themselves marketable.

… My Turn, Richard Roberts: An outsider’s view of poverty

I’m very curious as to which generation Mr. Roberts belongs to, as his view of the job market is rather outdated. And he seems to think the anecdotes and opinions of a self-professed outsider are equal to the research and data collected by the N.C. Budget and Tax Center.

I am proud to be a school librarian during these times. It’s an exciting career to have. I love how, over the years, the career hasn’t diminished at all — it’s grown into something larger and more exciting and progressive as time passed. And it continues to do so.

Elizabeth Cook: Losing too many to opioids

Millions — if not, then hundreds of thousands, entire neighborhoods and families — were lost to the crack cocaine epidemic. Where was the nationwide concern then? And now because opioids are wiping out a certain “class” of citizens, all of a sudden it’s an epidemic. Pitiful.

I will be unable to attend (the forum) but I will read the book (“Dreamland: The True Tale of America’s Opiate Epidemic.”)

It would be helpful if the narrow-minded people who so oppose the use of medical marijuana opened their minds. People do not die from marijuana use, and it has medicinal possibilities. Medical marijuana could be used for pain relief for which people are often prescribed the opioids leading to the addiction.

Why should my tax dollars be spent to save an addict who will turn around and take drugs again? It is people like this that are preventing people living in real chronic pain from getting help anymore.

So if I earn too little or too much I can’t live there? What if I am not working at all and living on my divorce settlement? Sounds like discrimination Guess I will just stay in Rockwell.

No, you misunderstand the situation. The units must be priced at a level that people earning between $19,000 and $40,000 can afford in order for the developer to earn the tax credits.

You could live there even if your income was $1 million; nothing would stop that from happening. It’s just that the developer can’t charge high rents if he accepts the tax credits.

I had the distinct pleasure of meeting James (Dane Harvey) in 2016. He brings with him unbridled energy and enthusiasm. I truly enjoyed working with him because of his caring and inclusiveness. Godspeed, James. Salisbury is a better place because of people like you.

I’ve known Dane for many years, as he was a friend of one of our daughters. What fun and talent he always brought to any situation.

I was so excited when he returned to lead the symphony. Shame on those who didn’t appreciate his vision. Unfortunately, that happens too often in this community at the expense of progressive action.

James, as I came to know you, you will be missed. Your incredible vision and energy gave a boost to a symphony that needed energy.

There are times and places for each of us. I look at this as an interim for the Salisbury Symphony, an opportunity to re-evaluate based on what you have brought here. I hope that the symphony continues in the direction of increased community involvement and outreach.

After 26 years of watching incredible talent come and go, of seeing incredible talent ignored and/or overlooked, it still dazzles when it happens yet again. Mr. James Harvey brought experience, vision and a gorgeous new energy to the table. It’s a damn shame to lose him.

As someone who has not attended the symphony, I found myself suddenly curious and excited about a cultural resource that was reaching out to the community rather than allowing itself to continue being viewed as an exclusive event for a privileged few. That perception was being changed by Mr. Harvey. What a loss to our community.

… ‘All we can do is the best we can’: Morgan devotes herself to Yorkie rescue

My husband and I went through the N.C. Yorkie Rescue last year after the unexpected loss of our Yorkie. They helped us find a new family member and her name is Lexi. We needed her and she needed us. We have never regretted our decision. Definitely a great group of caring individuals making a difference.