Time Was: People did crazy things and still do 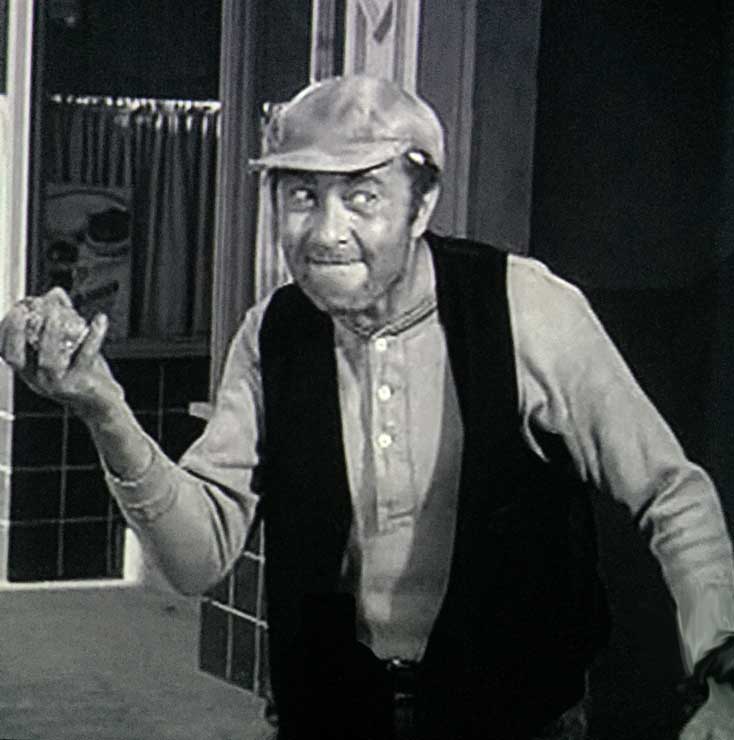 Ernest T. Bass was a character on "The Andy Griffith Show."

Time was, we knew crazy people, or thought we did. One bubble from plumb, one brick shy of a load, elevator don’t go to the top floor, one french fry short of a happy meal, for a button missing, sawdust for a brain. Full of cracks or crazed and ready to fall apart.

“Sane” is from the Latin “sanus,” meaning healthy, but you wouldn’t know it from looking insane. The 1850 census lists 29 inmates at the Poor House, with seven insane, four idiots and one lunatic. A 6-year-old boy was listed as an idiot. How did they differentiate?

Sometimes you just act crazy. Maybe just a simple hissy-fit or the more serious conniption fit. Had one lately? Origin unknown, first used in 1833, according to my dictionary: “A psychological condition of being extremely upset and frustrated by failure to achieve some goal or inability to obtain some object denied to one. Usually consists of crying, shouting, stomping of feet, throwing objects, whining, clawing, biting, screaming, or inappropriate use of words (some bad).” Not a lot you can do until it’s over. Some people just do crazy things.

The most famous Chester Franklin “Shep” Pierce born in 1892 was called “the human fly.” After a career of painting towers and ships in Norfolk, and several broken legs, his antics included riding a bicycle on the Flatiron building and work on the Empire State Building.

On May 1, 1946, in front of crowds of Salisbury onlookers, Shep scaled the beaux-arts facade of our Empire Hotel for $300. After a promise of more money, he politely stood on his head on the flagpole of the dome of the infamous hotel. He also scaled the “Wallace Building” and did a headstand on the cornice on the corner. He got a different view of the town. It depends on how you look at people’s tricks as to how they are labeled.

If you act crazy, you might be a smart-aleck. Only once did Shakespeare have King Lear admit “The grief hath crazed my wits.”

Why do the stereotypical shortchanged have names like Ernest T. Bass on C.W. Moss? Crazy as a loon, because of their erratic flight, but why do we say crazy as a bed bug? Or bats in your belfry?

Crazy is as crazy does. Be careful who you call crazy, Normal Bates.

It’s a fine line between genius and moron. Remember those little moron jokes? The Mensa Organization will be glad to send you a test for the “homme moyen sensuel” (common man) for membership in the top 2 percent of the intelligentsia. Be careful; you may find out you are not the smartest kid on the block, despite what your mother told you.

IQ — intelligence quotient — doesn’t measure up like it used to, We grade on the curve. Even a crow or a chicken can figure out the process of elimination, without an I-tablet.

There is only one letter difference between autistic and artistic.

It takes one town idiot to know one. It’s the old “pot calling the kettle black” excuse, and that’s not about racial profiling. Some people just look crazy.

Your biometric profile has been compromised by Facebook itself. Join the class action lawsuit or get off the internet and have real social interaction with a new friend.

Next time you slip into a parking space or driveway moment and forget where you are, simply cut off the motor, unplug your earphones, open the windows, drop the cell phone, stop chewing gum and take off your sunglasses. Welcome to the real world, as we know it, with all its warts and blemishes. As Grandma used to chide us, “What if your face would freeze like that?”

Clyde, Time Was: People got pickled