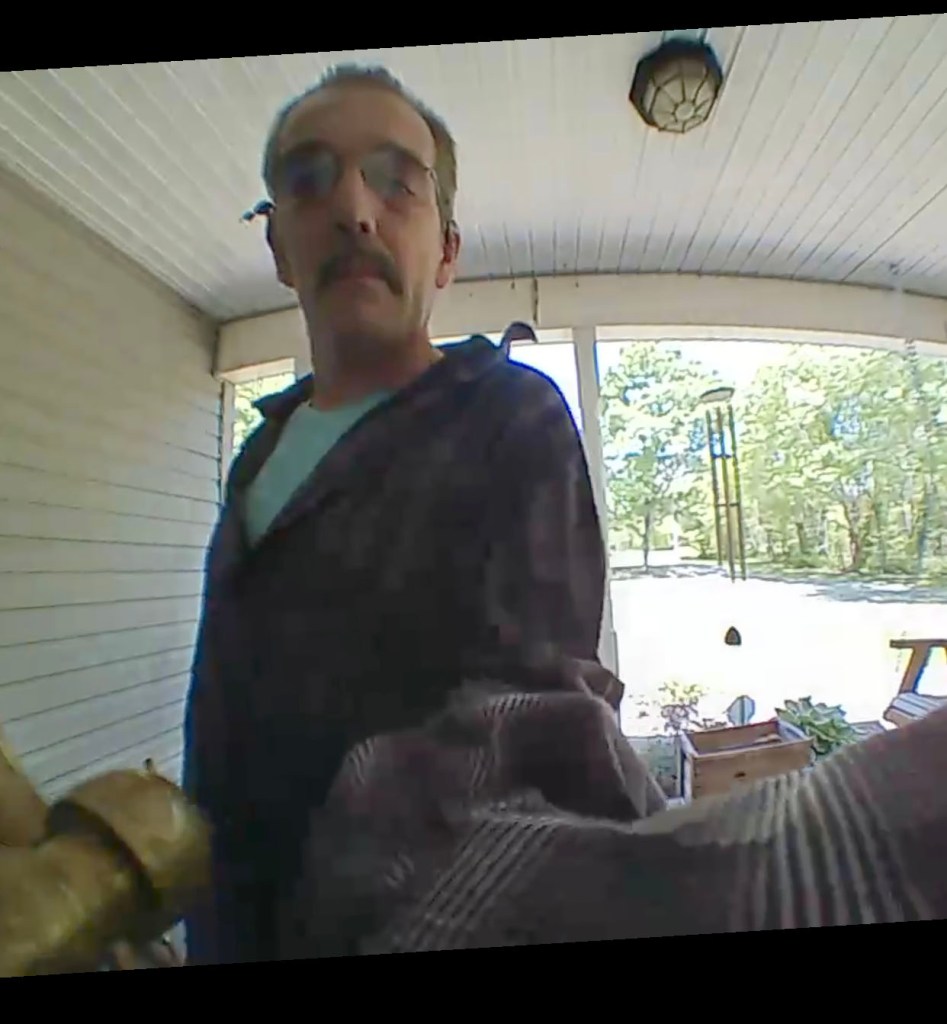 Rowan County Sheriff's investigators are asking for the public's help to identify the man shown in this home security video still. Authorities say he knocked on the door of a Heilig Road home and broke in when no one answered. Submitted photo

SALISBURY — Rowan County authorities are asking for the public’s help to identify a man caught on security video breaking into the home.

The break-in occurred about 1 p.m. Wednesday on Heilig Road, near Faith Road. The man knocked on the front door and the security alarm was activated, sparking a call to the Rowan County Sheriff’s Office.

The man is described as having an average build, in his mid- to late 30s with dark hair and a thick mustache. He was wearing glasses.

The man arrived in a silver four-door vehicle that was driven by a second suspect.

When no one answered the door, he forced his way into the house. He left shortly after the alarm was activated.