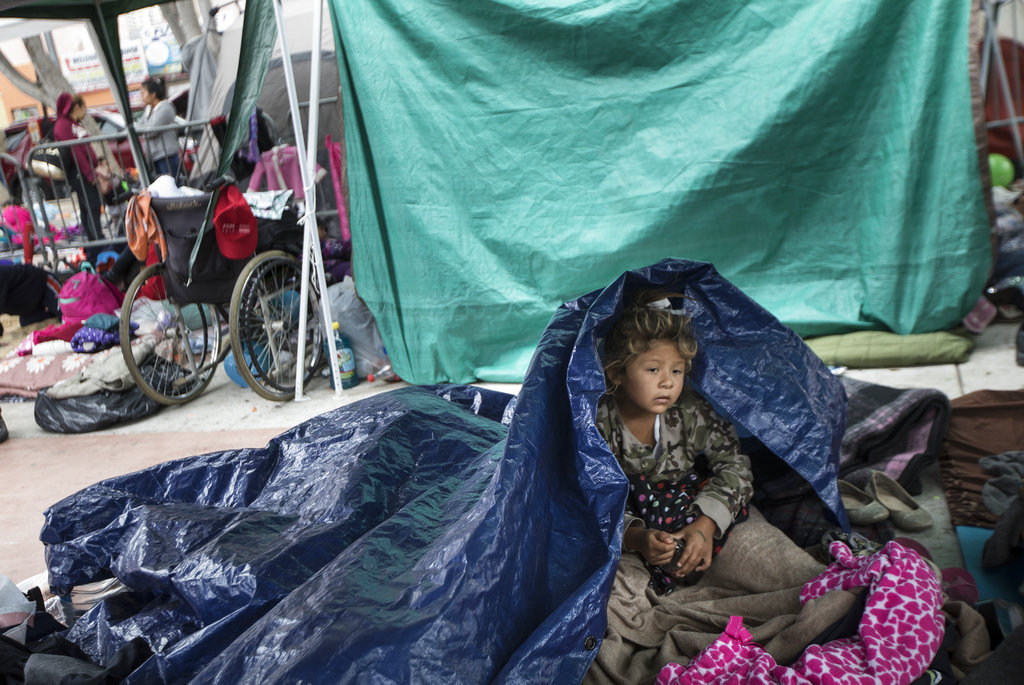 A girl who traveled with the annual caravan of Central American migrants awakens where the group set up camp to wait for access to request asylum in the U.S., outside the El Chaparral port of entry building at the US-Mexico border in Tijuana, Mexico, Tuesday, May 1, 2018. (AP Photo/Hans-Maximo Musielik)

I have always been a Democrat. However, in the last election, I voted for Trump. I remember thinking that I would rather have the U.S. go through a big crisis than go through business as usual.

I reject the coarse sides of Trump’s personality. I also reject the old way we have thrown money at problems in our society, but have not taken ownership of the consequences. For example: education, welfare. Have you ever read the black intellectuals Thomas Sowell or Walter Willams?

I believe that most people in the U.S. are generous people. I believe that there is enormous wealth in the hands of a lot of greedy people. (The Gateses are an exception.) We want to use the highways and bridges to get to the beach, but please do not talk to me about taxes to pay for it.

Now we have a caravan of Latin Americans knocking at our door. Some say “Go back to your countries and fix the problems of corruption there.”

As a missionary kid who grew up in Latin America, I have witnessed the influence of a wealthy country like the U.S. on poorer countries in our Southern Hemisphere. I am speaking to the so-called “Bible belt.”

Is there such a huge divide between the words of Jesus and the way we care for national security? Are we not intelligent enough to see and resolve the problems in our own country?

Everyone will benefit and everyone beyond our borders will benefit if we could just drop the Democrat/Republican, conservative/liberal labels and return to the Golden Rule.