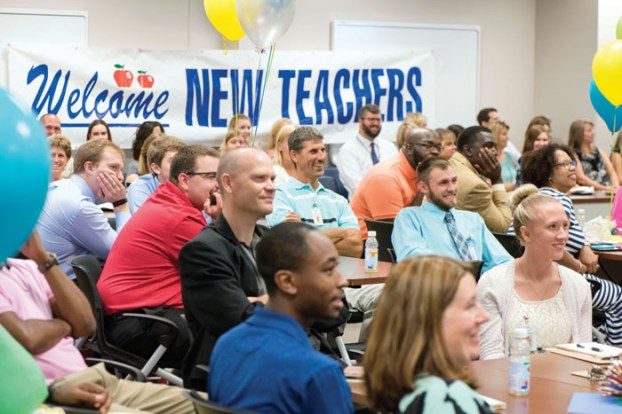 NC teacher pay ranking is worse than it appears

Neither side is using teacher pay data correctly.

The advocates are correct that North Carolina’s teacher pay is too low. But state rankings aren’t the best indication of the shortcomings of current teacher pay levels. The talent competition to attract and retain excellent teachers comes from other professions more than from other states.

While stories of talented teachers leaving North Carolina for higher pay in other states abound, the number of such teachers remains pretty low. The much larger talent drain comes from the increasing numbers of skilled university students each year who refuse to consider education as a profession due to low pay levels.

As a result, state teacher pay rankings don’t necessarily tell you whether a given state’s teachers are underpaid. Instead, public school advocates wanting to improve the recruitment and retention of a talented and diverse teaching pool should focus on how North Carolina’s teacher pay compares to the pay in other professions requiring a college education.

By this more useful measure, North Carolina’s teacher pay problem is even grimmer than the traditional national ranking data indicates.

It helps to step back and consider why costs vary in different places. Sometimes cost-of-living differences reflect geographic constraints. …

But cost-of-living also reflect the relative attractiveness of living in a given area. One of the reasons why Raleigh is more expensive than, say, Beulaville, is that many more people want to live in Raleigh (sorry, Beulaville). Raleigh has amenities that Beulaville lacks such as restaurants, museums, nightlife, high-quality public services and other job opportunities. These amenities appeal to a greater share of people, driving up the cost of living, but bidding down the cost of wages.

When we’re comparing teacher salaries across geographic areas, what we want to know is which schools or school systems are offering wages sufficient to attract and retain high quality teachers. Despite the higher cost-of-living in Raleigh, Wake County might not have to offer a higher salary than Beulaville’s Duplin County. After all, if you were a recent college graduate set to become a teacher making $35,000 a year, would you be more apt to take a job in expensive (but amenity-rich) Raleigh, or lower-cost (and lower amenity) Beulaville?

In other words, it often costs more to live in states with abundant amenities, but those states might be able to offer lower salaries due to their attractiveness. Alternatively, other states might have lower costs of living, but they need to offer higher salaries to compensate for their lack of amenities. Cross-state wage comparisons are complicated by our inability to directly measure location attractiveness, and the fact that costs and prevailing wages vary from city to city.

Simple cost-of-living adjustments – as done by the John Locke Foundation – fail to take these complicating factors into account.

Contrary to what the folks at John Locke would tell you, North Carolina’s teacher pay is actually worse – not better – than what simple national rankings would indicate.

If North Carolinians want a highly-talented, diverse, dedicated teaching force, then we must follow in the footsteps of countries like South Korea, Finland and Singapore, and offer our teachers a pay package that’s competitive with other professions in the state. But the first step is appropriately confronting the data and recognizing the gross inadequacy of North Carolina’s current levels of teacher pay.

Editorial: 10 years from now in Rowan