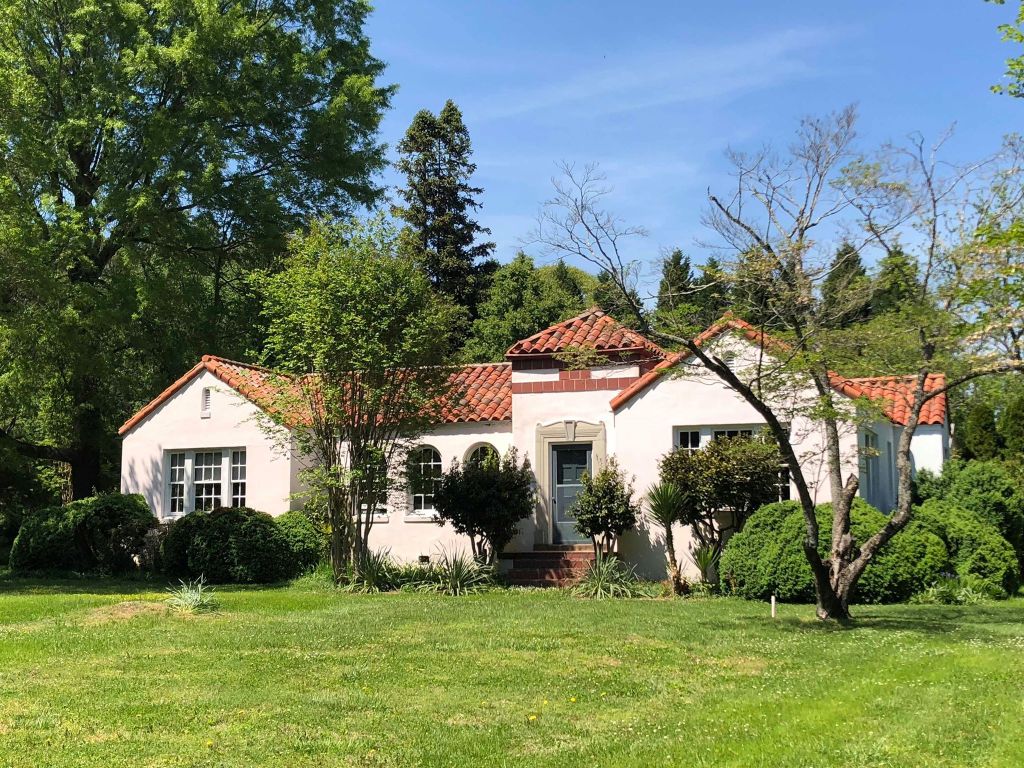 The Temple House, now the home of Larry and Karen Bowyer, is Salisbury's first historic landmark under its new ordinance. City of Salisbury photo

The Salisbury City Council voted unanimously Tuesday to adopt the city’s first historic landmark ordinance so that the house, located at 1604 Statesville Blvd., could have that official designation.

City Planner Kyle Harris said the program that authorizes municipalities to designate local historic landmarks is a statewide program but was only adopted by the city last year.

“Salisbury already has five historic districts. That is something Salisbury is known for far and wide. But we actually had not had a landmark designation procedure in place until last year,” Harris said.

Harris defined landmarks as “buildings, structures, sites, areas or objects that are deemed by the local preservation commission … to be of special significance in terms of their historical, pre-historical, architectural or cultural importance.”

Harris said the Edgar S. Temple House fits those criteria because of its architectural integrity and significance. The house is in the Spanish Colonial Revival style, which is rare in Salisbury.

The Temple house features a Spanish clay tile roof and a courtyard in the middle of the U-shaped house.

One of the consequences of having a local historic landmark status, Harris said, is that the property owner becomes eligible to apply for an annual 50 percent decrease on property taxes.

Owners may receive that benefit only if the property’s historic features are maintained.

In order to earn a historic landmark designation, the owners of the Temple house — Larry and Karen Bowyer — had to follow a number of steps, including undergoing a pre-application process with the Historic Preservation Commission and having a survey and research report approved by the State Historic Preservation Office.

“The process to arrive at this point of the local historic designation has been long and arduous,” Larry Bowyer said during the public hearing.

He said he was “delighted” when Planning Director Janet Gapen announced last year that Salisbury would make a policy change to allow for individual historic properties rather than just historic districts.

“Needless to say, I am pleased that our home is the first property of this category to be presented to the council,” Bowyer said.

Boyd said she “couldn’t be prouder” of the diligence and hard work the Bowyers put toward the historic designation.

“It truly warms our hearts to have our daddy’s vision over 82 years ago at this time being so appreciated and honored,” Boyd said.

Edgar S. Temple, who died in 1975, was one of Salisbury’s first landscape engineers and built the house in the early 1930s.

Mayor Pro Tem David Post asked whether buildings in one of Salisbury’s five historic districts could also apply for a historic landmark designation and receive a 50 percent property tax decrease.

Harris said they could.

“But I do want to point out that the criteria for designating a property is such that not everyone is going to be eligible,” Harris said.

Harris said the two most important standards properties must meet are historical significance and integrity.

“For example, we have a variety of Queen-Anne-style houses in Salisbury, which means they are not likely to be architecturally distinctive or unique,” Harris said. “Most of the properties you’ll find in our historic districts are beautiful and elegant. But each individual property is not necessarily going to qualify as being a landmark.”

Harris also clarified that the 50 percent reduction in property taxes is not a “prize or reward.”

“It’s something that encourages them to maintain it over time,” Harris said.

Other items on the agenda included:

• The council voted to open a 30-day public input period on the potential renaming of a portion of the greenway in honor of Bill Stanback.

Stanback was a former mayor of Salisbury and was well known for his civic and philanthropic activism.

The council will review the comments next month.

• The council approved a municipal agreement with the North Carolina Department of Transportation regarding sidewalk improvements along Brenner Avenue between Statesville Boulevard and West Horah Street.