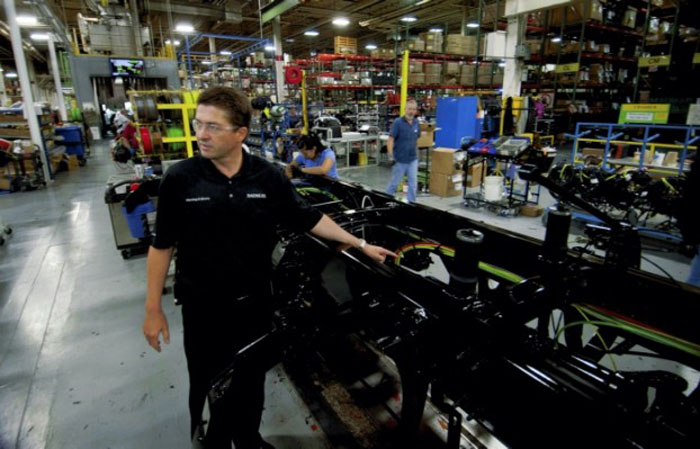 CLEVELAND — Henning Bruns, who has been manager of the Cleveland Freightliner plant for three years, is being replaced by Erik Johnson, a fellow Daimler Trucks North America employee.

Johnson began his career at Daimler Trucks — the parent company of Freightliner — as an engineer. He has held several leadership positions since then, according to a news release, including plant manager of the Mount Holly Truck manufacturing plant.

In his most recent role, Johnson was director of customer application engineering.

Bruns is from Germany.

Jarmer said Bruns still works for the company and will be “alongside Erik Johnson in transition.”

Jarmer said Bruns’ next steps are not yet determined.

The management change at the Cleveland plant was one of three high-level changes in Daimler Trucks North America.

The other two were at Detroit Reman in Detroit and the Mount Holly Truck plant in North Carolina.