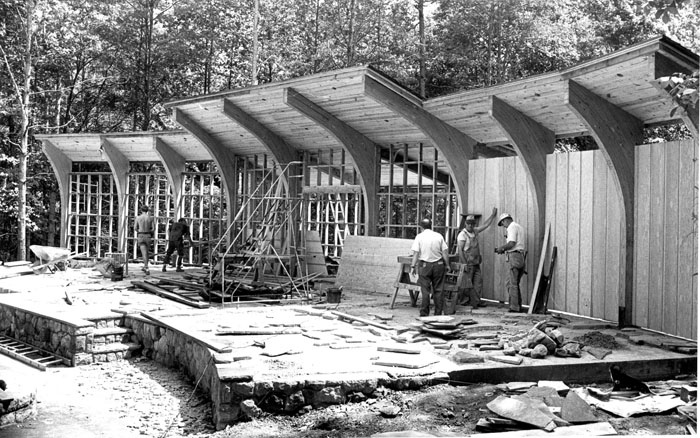 In this photograph published in the Salisbury Evening Post June 6, 1981, carpenters work on building the shell of the T.M. Stanback Outdoor Theater at Dan Nicholas Park. A crowd of more than 400 people turned out in September of that same year for the outdoor theater’s dedication. Federal and local government funds paid for the basic construction, while private donations carried the costs for the shell, an audio system and two-thirds of the stage. The construction contract for the theater was $33,136. The theater is named for Dr. Tom Stanback, by then retired, who developed the formula for Stanback headache powders. He and his brother, Fred, formed the Stanback Co. in 1924. Tom Stanback was a charter member of the Rowan County Parks and Recreation Commission in 1968, when Dan Nicholas Park first opened.

Yesterday: When Air Force One did its Faith Fourth…