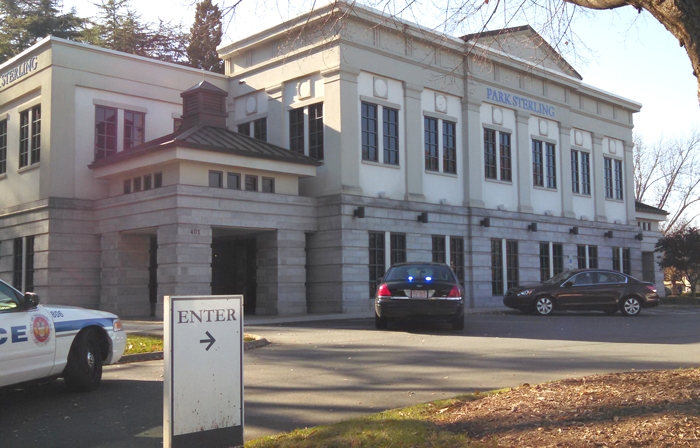 Park Sterling Bank at West Innes Street and South Fulton has a new name. What is it?

1. Park Sterling Bank, which had two offices in Rowan County — one in Salisbury and one in Rockwell — has changed its name to what?

2. To repave many of its streets, the Landis Board of Aldermen is considering doing what over the next budget year?

A. Increase the property tax by 5 cents per $100 valuation and institute a $30-per-vehicle annual fee

3. Graham Corriher will take a new position with the city of Salisbury effective July 2. What will be Graham’s job?

4. Salisbury native Bryan Jordan is chief executive officer of what banking organization which has announced a $3.95 billion commitment to community development across its eight-state footprint?

5. Rowan County’s JT Bost was killed in a Guilford County vehicle crash the night of April 21. For what was Bost, a teacher, best known within the sports community?

A. As a baseball umpire

B. As the public address announcer at Newman Park

C. As the mascot for many years for the Kannapolis Intimidators.

6. A proposed schedule change for North Rowan High School has led to some debate, forcing the Rowan-Salisbury Board of Education to postpone a decision on the question until May 14. Why is the proposed change controversial?

A. It would cause mid-term and end-term finals to be held on different dates for each class

B. It would follow the same schedule as Rowan-Cabarrus Community College, meaning school would start Aug. 1 for North Rowan High students

C. It would cause teachers to work 20 extra days with no increase in pay

D. The new schedule would place a hardship on the Rowan County Bus Garage

7. The Livingstone College Blue Thunder Marching Band, along with personnel in admissions, financial aid and the school’s culinary arts program, recently made a recruiting trip to what major U.S. city?

8. Salisbury Police Chief Jerry Stokes christened something new this past week. What was it?

A. A motor boat, which will be used for patrolling the lake during special events at Salisbury Community Park.

D. A baby he had delivered while on vacation at the beach

9. Longtime political activist Donna Peeler of Rockwell died this past week at the age of 70. As a teen, what was one of the things Peeler did that led her on a path of being politically active her whole life?

A. As soon as she turned 18, she ran for Congress.

B. She became the youngest president of the N.C. Federation of Republican Women

C. She served as a page at the 1964 Republican National Convention in San Francisco

D. She volunteered for the congressional campaign of Earl Ruth

10. A New Jersey auction company has a rare 1863 lithograph for sale that has something to do with Salisbury. What Civil War scene does this print depict?

A. A Union raid on Confederate storehouses at the Salisbury depot

B. The building of a Confederate rail supply line west from Salisbury toward Statesville

D. Confederate soldiers mustering for deployment in front of the Rowan County Courthouse, a building that is today’s Rowan Museum