Phil Kirk: Proud to be from Rowan again 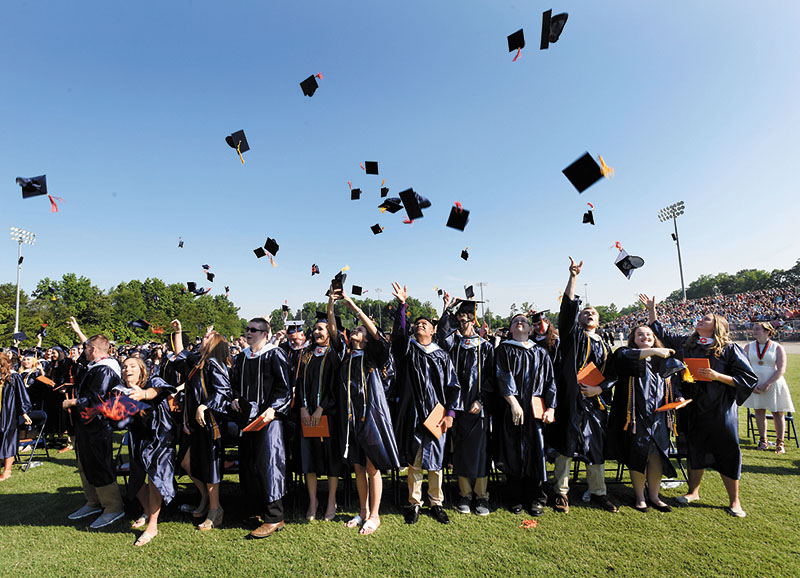 Rowan County and Salisbury are “on the move” now and are very positive places to work, live and play. The potential is unbelievable.

As a native who spent the first 25 years of my life in Rowan County and who continues to visit and speak there, I take great pride in being a native.

As recently as four years ago, I was not so proud to say that I was from Rowan County because the responses were often negative. For the prior decade, there was too much negativism about the county. Public officials often seemed more interested in engaging in political rhetoric than in bringing much needed, new jobs to the county. There was too much politics and not enough emphasis on people with different political beliefs working together.

Several county commissioners seemed to delight in fighting Salisbury rather than working with City Council to strengthen the city. Some would even say that a “new businesses not welcome here” attitude existed.

Retail sales were not as good as our neighbors’ and unemployment was high. Social service rolls were growing. Instead of helping our schools flourish and improve, there was too much time spent on finger pointing and criticism of educators.

Salisbury voters recently elected perhaps the most diverse city council in North Carolina. They are working hard to include more citizens in expressing their opinions on various issues. While schools are the primary responsibility of the school board and commissioners, I am pleased that City Council will be exploring ways Salisbury can provide a positive boost to improving our schools.

Citizens will have an opportunity to vote on a new direction for Fibrant through Hotwire on May 8. I would urge citizens to study the facts and the options which are available. The proposal seems to be the best option.

Since the council has some new members and is so diverse, they will need to work hard on teamwork, realizing that opinions will be different on some issues. Civility and honesty are important components for successful teamwork.

Now, there is a feeling of optimism about the potential for growth and an improved quality of life. There are many examples of improvement in the recent past. Let’s look at several.

We now have county commissioners who understand economic development and how to create jobs. I do not know any public official who likes incentives, but those who demagogue this issue apparently do not understand that Rowan County would not even get to first base with a prospect if we did not offer sensible incentives which will more than pay for themselves over time.

As a member of the local Economic Development Commission nine years ago, I know we frequently lost a new industry because we did not have land and/or building ready for it. That attitude has changed, although I noted recently that a critic lambasted this economic development tool.

The county commissioners recognize the importance of water and sewer and a modern airport as critical tools for job recruitment and are making progress in these areas.

Obviously a trained, well-educated workforce is key to attracting new jobs. Rowan-Cabarrus Community College, under the leadership of Dr. Carol Spalding, provides outstanding training for good-paying jobs. RCCC has been consistently recognized as a top performer among our state’s 58 community colleges.

Rowan is fortunate to have two very good colleges — Catawba and Livingstone. Both enjoy strong leadership from their leaders, Brien Lewis and Jimmy Jenkins. Both are growing in quality and quantity. New majors are being added in fields which need workers. Catawba just completed a capital campaign that raised $73 million.

For the second consecutive year, the Rowan-Salisbury school system has received national recognition for its use of technology for educating students. Some cynics still criticize the emphasis on technology in today’s schools. Technology supplements good teaching with modern technology.

In a recent op-ed, Jessica Bolen, reading design coach at Granite Quarry Elementary, wrote eloquently on the high quality of professional development which Superintendent Dr. Lynn Moody and her staff.  She said that teachers are valued and encouraged to take risks and to think differently. No one is satisfied with the somewhat slow progress on test scores, but it takes time, patience, focus and hard work to achieve success in education.

Tourism and cultural activities are also important economic development tools. Last year Rowan County was in the top 30 North Carolina counties in attracting tourism dollars with a 50 percent growth in the last decade.

Some people I talk with are surprised that we have our own (and great) Salisbury Symphony, as well as the talented Piedmont Players, Lee Street Theatre, Waterworks Visual Arts Center, and others.

Excellent health care facilities are also a big plus in recruiting business and industry. The old Rowan Memorial Hospital board made the correct decision a decade ago when it decided to affiliate with Novant Health. A good hospital became an even better one and improvements continue to be made under the dynamic, innovative leadership of President Dari Caldwell. The VA Hospital, Community Care Clinic and Healthy Rowan initiative all add to the health care mix.

Rowan County has always been known for its philanthropy, due in major part to the success of Food Lion, Cheerwine, Stanback and other local businesses, plus some great investors such as the Robertsons, Ketners, Stanbacks and many others. Meaningful, effective initiatives, such as the Crosby Scholars, would not be possible without the generosity of individuals and businesses.

Early voting is already underway with primary day on Tuesday, May 8. Since Rowan County is a reliable Republican county now, important decisions will likely be made on May 8 and probably by a small number of voters.

This is indeed an important primary. Will Rowan County continue with its “can do” attitude or return to a sometimes “cannot do” mentality? The choice is yours.

Phil Kirk is a native of Rowan County who lives in Raleigh.