My Turn, Richard Roberts: An outsider’s view of poverty 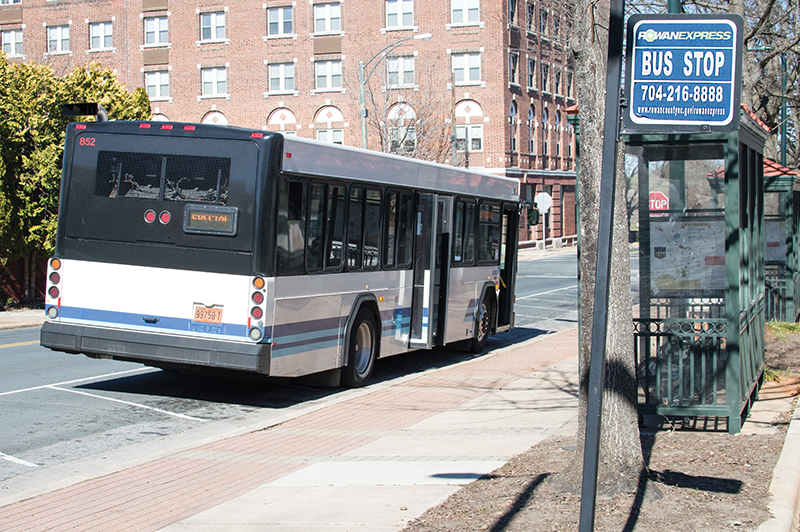 A bus sits at the City of Salisbury's transfer stop on Depot Street in downtown. Is transportation an obstacle for people in poverty?

A recent Insight section of the paper excerpted an article by Brian Kennedy at the N.C. Budget and Tax Center with the headline, “Going backwards.”

Kennedy states that there are barriers in the way of people living in poverty, which is not their fault, and they must navigate around them to continue living in their poverty. According to Kennedy this poverty, like a virus, affects entire neighborhoods, communities and the state. Lack of public transportation is one barrier that   prevents those living in poverty from applying for jobs. It seems useless to accept a job that you don’t have transportation to and from.

Kennedy goes on to list areas in the state which have been growing in poverty for the last eight to 10 years. Even though black unemployment is at its lowest level for a long time, Kennedy implies that “policy choices” are the virus that has so impoverished people; so, different “policy choices” could change it all. Kennedy suggests the following:

First, a boost in wages, such as increase in the minimum wage.

Second, the physical barriers, improving transportation to include these areas of poverty.

Third, he brings up race: “They must protect and enforce anti-discriminatory policies as well as proactively seek to advance racial equity through racially conscious decisions decision making.”

A boost in the minimum wage will only make things worse in the private sector. The higher the minimum wage, the fewer jobs there will be. The minimum wage is and should be for those with no skills to offer. Individuals getting their first job, usually teenagers, are the best example. As they learn new skills, they become more important to the employer and as a result make more money. They have learned to be valuable to the employer.

If you pay attention and look as the public transportation bus passes, you will see maybe one, two or three riders. The same is true when the passenger train passes; the cars are mostly empty. If they were not already subsidized, they would not be in business. Surely there must be a bus stop that people in poverty can walk to.

Too many people believe that the world economy is like a big pie. Some people somehow have gotten too many pieces of the pie, and you can’t get your piece because this rich guy has too many.

This is a lie. God has not made a limited universe, but an unlimited universe. Your piece of the pie is waiting for you. But if you continue to see the world from a limited aspect, it will never change for you. If you are determined not to live in poverty, change your way of thinking and change your life.

Neither government nor politicians can change this for you – you must change it yourself or continue living in your own limited universe.

Brian Kennedy along with all the other liberal organizations will never change your life. You will hear people say, or maybe you have said, well, the government ought to do this or that, pass a new law or something. People for centuries have applied themselves and bettered their lives while others waited for someone or something to no avail.

You can go on cursing the world or decide today I’m going to change the life for my family and me. I’m not going to work for just a paycheck, I’m going to find a job, do the best I can and become valuable to my employer, so valuable he will not want to lose me. Change your way of thinking and change your life. God is on your side; let him help you find your piece of the pie.

Richard Roberts is a resident of Kannapolis.