Mayday! Mayday! Have yourself a scary little Walpurgisnacht 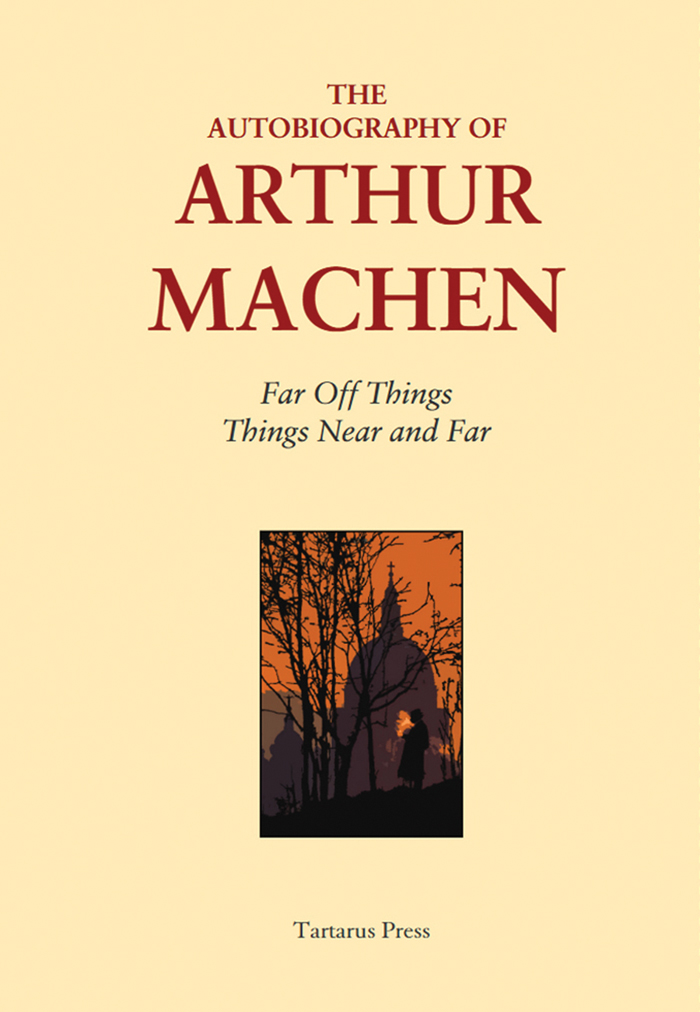 The Autobiography of Arthur Machen

Walpurgisnacht! Except for Halloween, there is no more haunted night of the year than April 30, Walpurgisnacht or May Day Eve, when witches traditionally assemble to celebrate their blasphemous Sabbath and pay reverence to the horned god. Unless you happen to be a witch, it’s wise to stay indoors. There you might appropriately spend the evening enjoying some classic or contemporary tales of horror and the supernatural.

One hundred years ago, William Hope Hodgson was killed in action during World War I. To commemorate this sad anniversary, the Swan River Press has issued an exceptional new edition of Hodgson’s most famous novel, “The House on the Borderland,” with an introduction by comics giant Alan Moore, illustrations by John Coulthart, an afterword by novelist and essayist Iain Sinclair and an accompanying musical CD by Jon Mueller.

In this 1908 classic, the unnamed narrator moves into an ancient manor, which turns out to have been constructed on the porous threshold between alternate dimensions or realities. This recluse’s hallucinatory glimpses of cosmic Otherness grow utterly terrifying when Morlockian swine-creatures attack his fortresslike redoubt. To gauge something of the novel’s power, imagine a psychedelic expansion of Poe’s “The Fall of the House of Usher” with comparable hints about brother-sister incest.

While one of Iain Sinclair’s own urban fantasies involves the search for a reputed lost sequel to “The House on the Borderland,” Avalon Brantley, who died in 2017, actually produced her own in “The House of Silence” (Zagava Books). In it she drew additional inspiration from Hodgson’s brooding science fictional quest-romance “The Night Land,” the last published of his four novels. Alas, I haven’t yet had a chance to do more than look at Brantley’s book, but it has already been widely acclaimed a sui generis masterpiece. Earn bragging rights by being the first on your block to read it.

As it happens, this recent publishing season has brought several other works that might be viewed as sequels, including “The Scarlet Soul: Stories for Dorian Gray,” edited by Mark Valentine (Swan River Press), wherein 10 writers pay homage to Oscar Wilde’s witty, horrific masterpiece, “The Picture of Dorian Gray.” In “Love and Death,” for example, Reggie Oliver reveals, in a style worthy of the original novel, that artist Basil Hallward created not just one, but two evil paintings.

Nina Antonia’s “The Greenwood Faun” (Egaeus Press) begins where Arthur Machen’s visionary classic “The Hill of Dreams” ended — with the suicide of Lucian Taylor and the apparent loss of the book to which he had devoted his young life. A weary-hearted antiques dealer, however, discovers the manuscript and has “The Greenwood Faun” printed in an edition of 10 copies. Antonia then tracks the impact of this ecstatic work on members of a single family, moving the action along briskly and introducing the ghost of the poet Lionel Johnson, pagan worship and even “The Great God Pan.”

That last phrase, not incidentally, gives Aaron Worth the title for his impressive compilation of Arthur Machen’s finest supernatural fiction, “The Great God Pan and Other Horror Stories” (Oxford). Along with much else, Worth reprints the episodic novel “The Three Impostors” in its entirety, while his introduction stands among the best essays ever written about the great Welsh fantasist.

Though lacking Worth’s valuable notes, “Arthur Machen,” edited by S.T. Joshi (Centipede Press), provides an even larger selection, adding “A Fragment of Life” and “The Great Return” — in which the Holy Grail works miracles in a seaside village — as well as the thrilling horror-mystery “The Terror.” After you become a Machen fan, and you will, you’ll want to acquire “The Autobiography of Arthur Machen” and “The London Adventure” (Tartarus Press), in which the writer reminisces about his childhood in Wales and his bohemian life in the 1890s and beyond.

A somewhat younger contemporary of Machen, Richmal Crompton — still revered for her “Just William” children’s books — was also the author of the scarce and much sought-after “Mist and Other Ghost Stories,” now reissued by the Sundial Press. In one particularly striking story, “Rosalind,” a feckless and wealthy young man realizes how much he loves his castoff mistress only after she and their child are dead. It ends, in an odd way, happily.

During the 1950s and ’60s, Britain’s two foremost practitioners of the “strange story” were Rosemary Timperley and Robert Aickman. Until “From Another World and Other Ghost Stories” (Sundial Press), Timperley’s work could only be found in scattered anthologies, even though Roald Dahl chose two of her ghostly tales as being among the 14 best in English. Read “Harry”— about a little girl’s seemingly imaginary playmate — to see how terrific Timperley is.

As for Aickman: Nobody ever quite understands his stories, but nobody ever forgets them either. A new paperback selection, “Compulsory Games” (New York Review Books), usefully reprints lesser-known works and includes a smart introduction by Victoria Nelson. Still, a reader new to these exquisitely enigmatic stories should probably start with inexpensive, secondhand copies of the Scribner’s collections, “Cold Hand in Mine” and “Painted Devils.”

Certainly something Aickmanesque faintly suffuses three recent books by contemporary masters of the literary weird tale. Each story in Mark Samuels’ “The Prozess Manifestations” (Zagava Books) alludes to a mysterious Dr. Prozess; Mark Valentine’s “The Uncertainty of All Earthly Things” (also Zagava) comprises both short fiction and engaging reflections on used-book shops and similarly mystical places; and the disorienting title story of R.B. Russell’s superb “Death Makes Strangers of Us All” (Swan River) takes us into an “unreal city” straight out of Kafka or Borges. All three are highly recommended.

Let me close with a final treat: a DVD from Nunkie and Thomthom Productions of “Oh, Whistle, and I’ll Come to You, My Lad,” M.R. James’ masterpiece of slowly mounting terror, here performed by Robert Lloyd Parry. I’ve heard Parry twice in live one-man shows and he is absolutely, utterly mesmerizing.