Elizabeth Cook: We’re losing too many to opioids 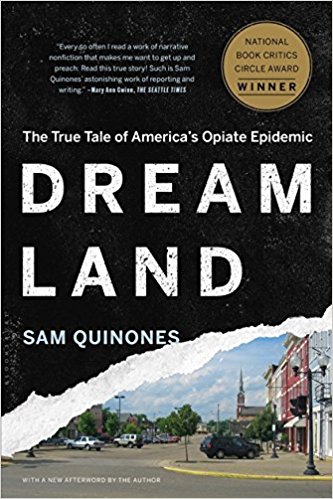 Rowan County's Second Annual Opioid Forum will include an appearance by the author of 'Dreamland: The True Tale of America's Opiate Epidemic.'

Sam Quinones spent 10 years reporting from Mexico before he got the idea of writing a book about the opioids that have burned a path of addiction through millions of American families.

The nation’s deadly epidemic is fueled by prescription narcotics as well as black tar heroin, but it was in Mexico that Quinones noticed the unusual wealth flowing into otherwise humble communities — proceeds from selling heroin in the United States.

So he followed the threads, as he puts it, and wrote the bestseller, “Dreamland: The True Tale of America’s Opiate Epidemic.” The book is the result of researching the opiate epidemic from all sides, including how people in some communities have worked together to seek solutions.

The book also includes interviews with parents who have lost children to overdoses — parents who are no longer trying to hide the addiction that ruined young lives once full of promise.

Rowan County has many such parents, and still others who fear the day they will get the call about a final, fatal overdose.

Nearly 59,000 names are inscribed on the Vietnam War Memorial. The U.S. lost more lives than that in one year to drug overdoses, the majority involving opioids.

We’re at war, and more people need to take up the arms of knowledge and community action.

Soon Quinones will be in  Rowan County as the featured speaker at the Second Annual Opioid Forum, to be held May 15 at the West End Plaza.

The multi-faced event begins at 3 p.m. and culminates with Quinones’  presentation at 7 p.m., followed by a question-and-answer period.

If you would like attend the forum, you have until May 1 — which is Tuesday — to register for the event at http://rowanopioidforum02.ezregister.com.

Meanwhile, you could learn a lot from reading “Dreamland” and taking a deep dive into the intersection of human weakness and opiate strength that has made this drug problem worse than any other the nation has experienced.

Even if you don’t plan to attend the forum, you would learn a lot from Quinones’ compelling narrative.

In the introduction, Quinones writes about eating in a Covington, Kentucky, restaurant where a family was celebrating a girl’s birthday.

I rose to leave when, seeing the Berkeley sweatshirt I wore, the grandmother in the group asked, “You’re not from around here, are you?”

The party stopped. The tavern hushed.

Her college-educated son had gone from OxyContin prescribed for carpal tunnel syndrome to a years-long addiction during which he lost his home and family. He died of a heroin overdose in a halfway house.

Maybe that’s why more of us haven’t paid close attention to the opioid epidemic. Unconsciously, we judge. We’re busy, and if we haven’t been touched by  addiction and aren’t close to someone who has, we categorize the opioid headlines as “not my problem.”

But there are fewer and fewer who can say that — and we need to understand the forces at work.

The people who organized the upcoming Opioid Forum recommend you read “Dreamland.” The Post plans to publish a Q&A with author Quinones next Sunday, as well as a review of the book by Deirdre Parker Smith, book editor.

We can’t arrest our way out of this epidemic or even treat our way out, one prosecutor told Quinones. It’s going to take something more — many things more. First, we need to understand this modern-day plague and pull together. It takes a community to raise a child, as they say — and a community to protect them from addiction.

Jim Hunt on education: ‘We need to be investing’