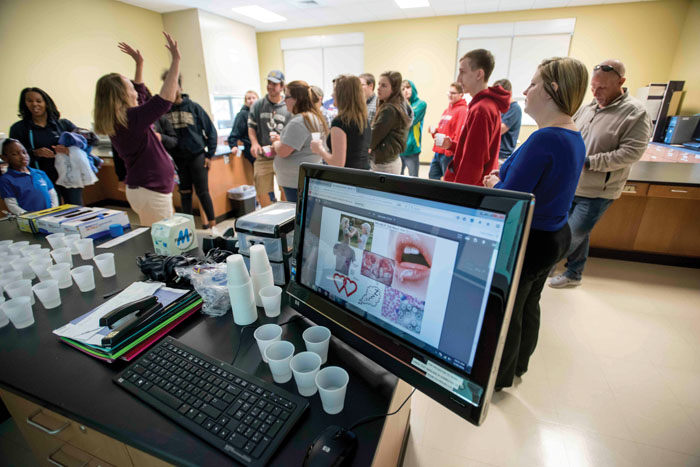 Over its four decades on public radio, “A Prairie Home Companion” featured long-running gags revolving around “the lives of the English majors.” Essayist Garrison Keillor, himself an English major, would comment wryly about the men and women who read weighty literature and thought deep thoughts, and found themselves frying chicken or pouring coffee in chain cafés.

“A Prairie Home Companion” faded away two years ago, but the real-life issue behind the weekend radio jokes remains alive – and a key question in North Carolina’s budget and policy priorities. To what extent should the state channel its young people into four-year universities, or point more of them into community colleges?

In an opinion column in The News and Observer last week, Donna King argued for legislative support for the growing role of community colleges in supplying the state with skilled workers. “The average liberal arts graduate from a four-year institution earns $41,800 a year,” she wrote. “The average graduate of Caldwell Community College and Technical Institute’s eight-week truck driving program makes $40,000 to $50,000 annually.”

EdNC linked to an even more extensive treatment of the issue in the Hechinger Report, which headlined its article, “High-paying jobs go begging while high school grads line up for bachelor’s degrees.” The article reported on a 20-year-old ironworker making $28.36 an hour while his friends from high school are still in college – and cited a report by the Washington State auditor that found “good jobs in the skilled trades are going begging because students are being universally steered to bachelor’s degrees.”

Before going further, indulge me a moment to disclose my own work bearing on the university/college issue. I have spent 20 years on the faculty of UNC-Chapel Hill, one of America’s preeminent public universities. Over much of the same period, I have been a “senior fellow’’ at MDC, the Durham-based workforce and community development nonprofit with deep expertise in the functions of community colleges. Along with MDC colleagues, I worked on community college projects in Louisiana and Alabama. The following observations draw from both elements of my work:

• Higher income: No doubt, observers can find evidence, here and there, of certain skilled blue-collar workers earning as much or more than nearby university graduates in their early careers. And yet, as data from the Federal Reserve Board in Richmond showed at a recent MDC event, the median earnings of adults with a bachelor’s degree or higher substantially exceed the earnings of people with “some college’’ or an associate’s degree as well as those with a high school diploma. People with a BA have lower unemployment rates. The “payoffs to skills,” said the FED, “have steadily increased’’ since the 1980s – and the data don’t exclude English majors.

Specifically, in North Carolina, according to 2015 Census five-year estimates compiled by MDC, the median annual earnings of people holding a BA came to $45,377, compared to $31,012 for some college-associate degree holders and $26,059 for high school graduates.

• Not either/or: The data suggest that parents, teachers and teenagers are not wrong to look upon a four-year degree as a ticket to the middle-class or beyond. At the same time, it is correct for parents and teachers to tell high school students that, even if a four-year university does not suit them, they have a potent avenue available in community colleges.

For policymakers, this issue should not be an either/or quandary, but a both/and necessity. Long a leader in higher education, North Carolina needs more BA-degree graduates and more skilled citizens with AA degrees, with job-ready certificates, with experience in apprenticeships, and with company-sponsored training.

• Guidance: While the General Assembly considers increasing the supply of mental health counselors and school-safety officers, lawmakers could also add to their agenda high school guidance counselors specifically charged with helping adolescents and their parents make educated decisions about post-secondary education. MDC’s initial State of the South report in 1996 declared that the modern economy no longer can tolerate a “culture that encourages too many students to quit pursuing education after prom night.” Two decades of enormous economic change later, it is even more problematic to talk about a high school diploma as all a young adult needs to assure a middle-class life.

Ferrel Guillory is professor of the practice at the UNC School of Media and Journalism, and the vice chairman of EducationNC.