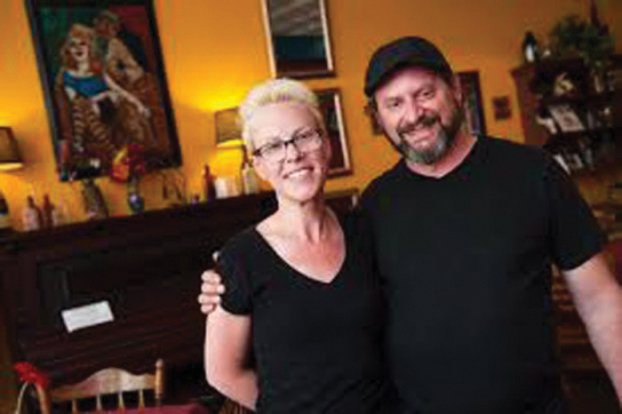 “We are not closing. We are moving.”

Teeter is excited about the move, which will put the business at 105 E. Fisher St., where Thelma’s Downtown used to be.

This will be the third Sweet Meadow location for Teeter. The first was on West Innes Street and the second — and current — one is on North Main Street.

She’s been at the North Main location for about four years.

Moving means she will save money on overhead costs, she said.

“A little reduction on our overhead will allow us to grow a little bit more,” Teeter said.

Thelma Luckey, who owns Thelma’s Down Home Cooking and who was at 105 E. Fisher, said she had only a 10-month lease at the location because she inherited it from the previous tenants.

She said she wanted to open a restaurant downtown just to see if it fit.

“It wasn’t for me,” Luckey said. “I’ve had my fill, and it’s just not for me for what I cook. I think I need to be somewhere else.”

Luckey said she is relieved to be closing her downtown location.

Luckey said she is now going to focus solely on her West End Plaza location, which started serving breakfast April 16.

She said she wishes Teeter the best of luck with her new location.

“I’m not mad. I just wish them luck,” Luckey said.

Teeter said the last day for lunch and dinner service at the North Main Street location is today.

“And our object is to sell out of everything,” Teeter said. “So we’re going to cook it until there’s nothing left.”

Teeter said there will be “lots” of specials and discounts and “hopefully some open jamming.”

Teeter said she hopes to have expanded dinner hours at the new location. Sweet Meadow currently serves dinner Thursday, Friday and Saturday nights. Teeter said she is hoping to be open Wednesday nights as well.

Her team will move out of the North Main Street location over the weekend. She said she hopes she will be able to open on East Fisher in time for the Cheerwine Festival.

“Keep your fingers crossed,” Teeter said. “That might just be delusional aspirations, but I’m going to do my best.”

Teeter said her entire staff will be following her to the new location.

“Sweet Meadow is home for me,” said Chelsea Byrne, assistant front-of-house manager. “It’s this kind of place where people get to be their individual selves and get to just vibe with everybody. It’s a good atmosphere. Everybody feels like family.”

“What separates Sweet Meadow from other kitchens I’ve worked in is the real stress on creativity,” said chef Matthew Peach. “And we write recipes together. It’s a real group effort in that kitchen.”

“The biggest thing is we are not closing. We are not giving up,” Teeter said. “We’re going to keep on doing our thing in this town, and we’re hoping that everyone comes out and enjoys it.”