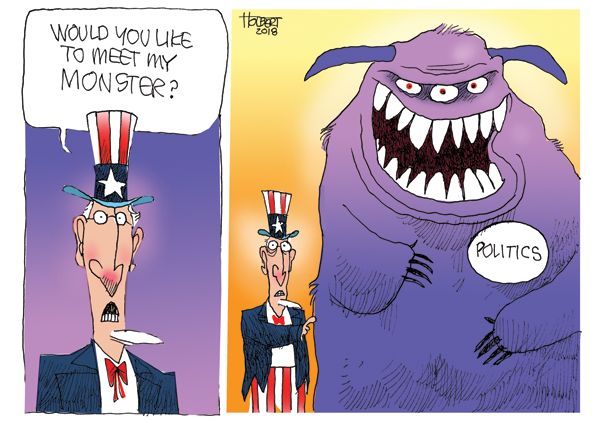 On behalf of Davie County Recreation and Parks, our thoughts and prayers go out to Bost family. It was both an honor and privilege to work with JT. He gave selflessly to officiating and booking officials for all of our recreation athletic leagues. JT often spoke of his admiration and love for his family. He was a true servant leader!

Our family has know Jonathan for many years. From the kid calling baseball at China Grove Little League all through high school and Legion ball. We have had many fun disagreements with his calls. But he played right along with us. This is a sad loss for his family and for his sports family. RIP, Jonathan.

He was my teacher in high school back in 2007, a great teacher. He never made the class boring — so energetic and full or life. A great man. Rest in peace, my good man

JT was down to earth and gave selflessly to officiating in many capacities. He often spoke of his family with love and admiration. Our thoughts and prayers are with his family. Although deeply saddened by the loss of JT, I celebrate his servant leadership to community and love of family. It was both an honor and pleasure to work with him.

Awesome article and so proud of her sharing a family legacy.

I worked for the Reids for years. Awesome family. I’m excited to see what’s all in the book. I use to love when Mrs. Reid had to come into the store to make her special desserts. I got to taste them. Great job, Ashlyne! RIP, Mrs. Reid.

Worked with Maggie years ago. It’s wonderful to see that her family is keeping her legacy going!

I’m curious as to how an earlier calendar date will affect students. North Rowan High School has had the early college program since I was in high school. This is not a new program.

Perhaps the leaders could focus more on this current year and utilize the summer to complete adequate research on how an earlier school date is beneficial to students and analyze the cost behind it.

… Sometimes leaders can focus more on change and neglect to focus on the positives. It’s important to look at a glass as being half full versus half empty. Make sure your students are being recognized for their good. Don’t short-change them because you are too focused on your own agenda. …

If our school board wants to give North a chance to be successful, they need to think outside the box.

The community has been given ample opportunities to comment on this proposal, both at school functions and on the school website. If people have not weighed in, it is due to their lack of interest, not that they have not had the chance.

As always, it seems that our school board is bound and determined to see that North Rowan fails. Heaven forbid we try something new. Thank you for your support, Richard Miller.

I believe most white people are willing to work for a better society for all Americans, but we cannot do it alone, as Mr. Pitts seems to suggest we must. Worst of all, Mr. Pitts, an intellectual, knows that, yet continues to lay the blame at the feet of white people, knowing that we who dare to engage with him risk being labeled racists, and who needs that? So, America loses, but Mr. Pitts wins again.

… WLIZ: The heart and soul of Blue Bear Nation

Great job, all! I especially enjoy when you are playing jazz. With so many great African American jazz artists that were born in North Carolina, it would be great to feature them.

Great job, L.C.! I listen on the TuneIn app here in Metro Atlanta, born and raised in Salisbury.

… Questions about Fibrant and Hotwire

If this deal passes, do we lose net neutrality protection? I am against the repeal of net neutrality rules and, as a Fibrant subscriber, I would like to know the answer to this question.

Reply from Jonathan Bullock of Hotwire:

The simple answer is that Hotwire does not throttle internet or broadband access.

The more complicated answer is that you don’t have protections now. The ACLU is suggesting that municipalities would be able to choose to comply with net neutrality, but there is no obligation for them to do so. In the same way, Hotwire chooses to provide its services in compliance with net neutrality standards.

The problem with the ISP (or municipality) making this choice is that it is only half of the equation. We believe that net neutrality should apply to all actors on the internet — Internet Service Providers (like Hotwire and Charter) and edge providers (like Google, Facebook and Netflix). There is no use in having protections if half of the system has no obligation to ensure a neutral internet.

When medical care becomes free, it will be abused in a way that they cannot possibly comprehend.

There will be fewer incentives for young people to become doctors, which will create shortages of doctors. People will unnecessarily be laying out of work because they will be able to go to the doctor for the simplest of reasons, flooding the system.

And the only way the government can control the costs will be to cut services.

Yet the liberals cannot show a single program that the federal government has involved itself into that it hasn’t ruined. Though I do believe universal healthcare is inevitable, because of the massive ignorance of the general population, it will truly be a sad day for us and our posterity. Americans have traded their liberty for false government protection.

I wonder, what kind of health care do you use, Mr. Poteat? Medicare?

“The liberals cannot show a single program that the federal government has involved itself into that it hasn’t ruined.”

The NIH and the CDC

Railroads, and the expansion into the West

Social Security/Medicare are in trouble only because billions of dollars have been stolen/borrowed by the federal government.

The tax scams Republicans have perpetuated over these years to give too much money to the already too wealthy and military waste are the culprits and reason for the huge debt.

Only Democrats have reduced the deficit, and the GOP just increases it out of control.

… Beautiful weather brings hundreds out for Cruisin’ the Grove

Salisbury needs to do this type of family activity. Even Lexington has large car shows

Diversity? Were atheists represented? Is it the mayor’s responsibility to handle religious meetings?

Yes, there were atheists present and while I may not technically be considered an atheist, I spoke and so did another atheist. …  And it is in the best interest of our city — any city for that matter — to work with the diverse faiths within their community. Any attempt to secure that all faiths are heard should be celebrated, in my humble opinion. To acknowledge the faith of only one denomination or even non-religious citizens is where things become divisive.

Understanding begins with communication, which begets tolerance. Kudos to Mayor Heggins for leading this charge to bring together different views to help improve human relations in this city. Well done.

We have already spent approximately $6 million on the mall and for only two offices. …

As for the airport, the land to the south is contaminated, so it would be expensive to expand that way. Maybe we could make a deal with a carrier to help expand and up-fit the airport.

If you look at Rowan County’s tax base, the city of Salisbury contributes 22 percent in property tax revenue and probably double that in sales tax revenue. If you looked at it from a business perspective, it would be like kicking your top salesperson in the teeth every day instead of promoting a mutually beneficial relationship (amongst all municipalities).

We finally have a better leadership team in the current county commissioners; I see no reason to go backwards.

I see Gildan Yarns is on that list. Does anyone remember when Jim Sides voted no to the incentive package for them, then went on to publicly shame the CEO for even asking for it?

“Sides said he was ‘disturbed’ by stories he’d heard of Gildan aggressively recruiting employees away from local companies instead of hiring the jobless — never acknowledging that such hiring would still create openings for the unemployed. The manner with which Sides talked down to Gildan President Chuck Ward, without humility or tact, was stunning.”

Word gets out about these things, we need to keep moving forward.

“Favoritism towards Salisbury” is an old, tired argument dragged out by a particular cadre of people who have no real other criticism to offer. … Those who make that claim are simply manipulating people to promote themselves and their own agenda.

… Unaffiliated voters, it’s OK to be ‘that guy’

Thank you for insisting on your right to vote. Wish more folks would take the initiative. As for the “error,” that sounds highly questionable to me.

While the tweet storm engages the public, the behind-the-scenes crew goes to work stripping the U.S. regulations in place for a future environmentally safe world.

You have to look no further than Dukeville or the Cape Fear River to see the poisoning of America. What’s next, oil slicks on the outer banks?

Thank you, Mike, for addressing the need for street repair. Like routine maintenance on our own homes, Landis needs this basic improvement. Our town is worth the investment in new tax revenue.