Barefoot in the Park opens at the Meroney Theater next Thursday 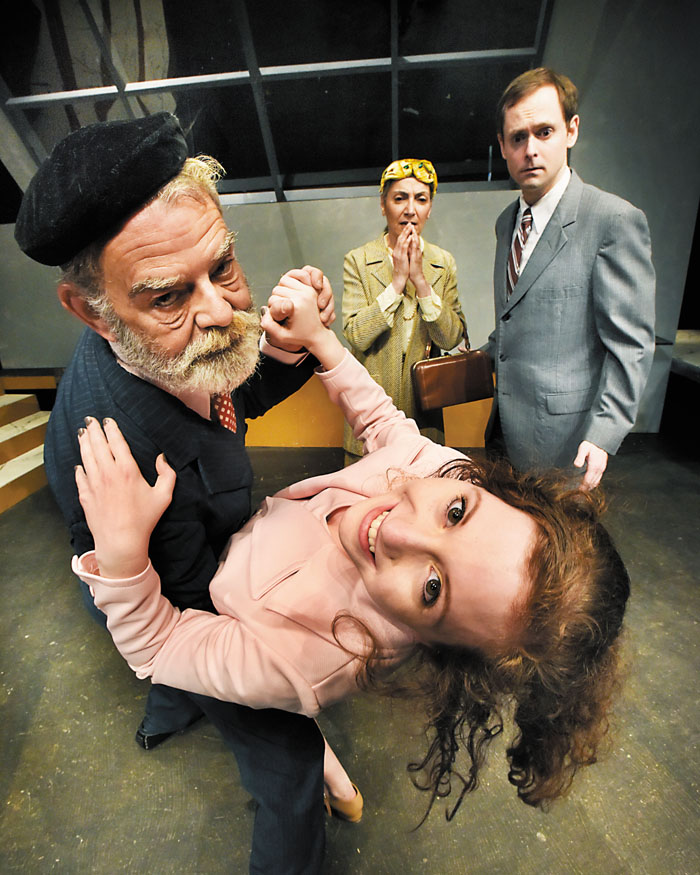 Gary Thornburg and Eliane Newkirk dancing. with Jean Kadela and Tim Campbell in back. Photo by Wayne Hinshaw, for the Salisbury Post

Neil Simon’s Barefoot in the Park is a romantic comedy focusing on a pair of newlyweds, Corie and Paul Bratter, as they begin married life in a tiny, 5th-floor walkup apartment in a Manhattan brownstone. Stuffed-shirt Paul is a hard-working young attorney just starting his practice, while his spontaneous bride Corie is determined to create a romantic environment in one room with no heat, a hole in the skylight, and oddball neighbors. 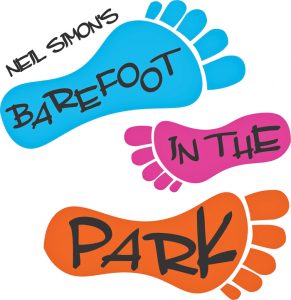 PPT presents Barefoot in the Park

After a six-day honeymoon, they get a surprise visit from Corie’s loopy mother and decide to play matchmaker during a dinner with their oddball neighbor Victor Velasco, where everything that can go wrong, does.

Adjusting to married life isn’t so easy! As the young couple contend with a lack of heat, a skylight that leaks snow and several long flights of stairs, they must also reconcile their own personal differences in how they approach life’s challenges. Corrie wants Paul to become more easy-going: for example, to run “barefoot in the park.”

The original play opened on Broadway at the Biltmore Theatre in October of 1963 and closed in June of 1967 after 1,530 performances. Although Neil Simon has written more than 30 plays including such classics as The Odd Couple and The Prisoner of 2nd Avenue, this was his longest-running hit, and the tenth longest-running non-musical play in Broadway history. Directed by Mike Nichols, the original cast starred Elizabeth Ashley (Corie), Robert Redford (Paul), Mildred Natwick (Mrs. Banks), and Kurt Kasznar (Victor Velasco). The play was nominated for three 1964 Tony Awards with Nichols winning the award for Best Director.

Simon also adapted the play for a popular 1967 feature film, with Redford reprising his role as Paul and Jane Fonda playing the screen version of Corie.

The Piedmont Players version of Barefoot in the Park is directed by Reid Leonard with costumes by Eastern Costume Company. Tim Campbell plays the role of Paul, and PPT newcomer Eliana Newkirk will make her debut on the Meroney stage as Corie. Jean Kadela will portray the bride’s wacky mother, longtime PPT favorite Gary Thornburg is featured as the eccentric upstairs neighbor Victor Velasco and Ryan Pegarsch makes his PPT debut as the telephone repairman.