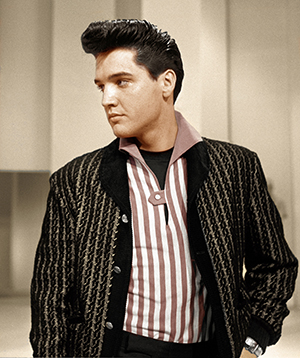 Ours was the Pepsi Generation, the dawning of Kennedy’s Camelot, of Elvis, television and air conditioning.

Note to readers: 55 years after graduation members of our high school class reunited to reminisce and renew friendships. I wrote this piece for our hometown newspaper and it got so much comment I thought I would share it with you in hopes it stirs memories of your own formative times.

We were born the final year of World War II and, not coincidentally, the year before the Baby Boom began. Our waistlines have thickened and our hairlines thinned, as have, with increasing frequency, our numbers, but we gathered in Greenville to commemorate the 55th reunion of the Rose High School class of 1963.

We came along when parents, worried about us contracting polio, made us rest every afternoon. We learned to read with Dick and Jane, Sally, Spot and Puff. We enjoyed getting our own newspaper, The Weekly Reader, where we learned Ike was president and the biggest fear was nuclear war, so we practiced hiding under our desks in the event of attack. We joined the effort to bring the U.S.S. North Carolina back home to Wilmington by collecting dimes.

We played outside a lot, with games like Red Rover, dodge ball, kick the can — and you could most always get some guys together for a pickup game of baseball, basketball or football.

Following church and Sunday lunch, it was a treat to get in the family car and ride around, sometimes stopping for an ice cream cone from Carolina Dairies or for a soft drink and pack of nabs from a service station. No stores were open because of “blue laws.”

Most moms didn’t work outside the home; however, once a week she shopped for groceries at Overton’s, Cozart’s, the Colonial Store or A&P. Mostly we ate at home, but The Silo Restaurant featured “chicken in the rough,” fried chicken with biscuits and honey. You could drive across the Tar River to eat at Respess Brothers Barbecue, where a plate of ‘cue, boiled potatoes, Brunswick stew, slaw and cornbread sticks was $1.50. There were also a few cafes featuring home cooked food; Kares and Carolina Café are ones I remember.

Ours was the Pepsi Generation, the dawning of Kennedy’s Camelot, of Elvis, television and air conditioning. Since most families only had one car, our primary mode of transportation was to walk or ride our bicycles. We pedaled them everywhere, especially after school to downtown Greenville. We could park out front of any store or to enjoy an 8-cent cherry Coke with crushed ice from the drugstore, leaving our books and coats unprotected in the wire basket attached to the bike, never imagining anyone might steal anything.

We celebrated as our classmates turned 16 and got their ticket to freedom, a driver’s license. For 5 bucks a guy could fill up the family car, go to the newly opened Hardees and get a bagful of 15-cent hamburgers and 10-cent fries and have enough left to take his date to the Pitt Theatre. I remember when a gallon of gas was less than 20 cents, soft drinks were a nickel and candy bars a dime.

We recognized that we were growing up in magical, optimistic times and that much was expected from our generation. We had big dreams as we walked across the platform at Ficklen Stadium (the first time it was used publicly) and Dr. Burt Aycock, school board chairman, and Junius H. Rose, superintendent of Greenville City Schools, handed us our diplomas.

For the first few reunions since our 1963 graduations we busily tried to impress our classmates with how well we were doing, showing pictures of families and telling about our lives.

For the more recent reunions we have given thanks we have made it thus far, aware growing numbers of classmates haven’t, and have just been joyful to once again see those friends with whom we grew up. But my epiphany from that reunion weekend was that even though it brought back precious memories, we cannot live in the past and must look forward to the road ahead and how we will travel it.

Tom Campbell is former assistant state treasurer and is creator/host of NC SPIN, a weekly television discussion of N.C. issues that airs on UNC-TV Fridays at 7:30 p.m. and Sundays at 12:30 p.m.

‘Happy hour’ tax cut bill may be headed for…