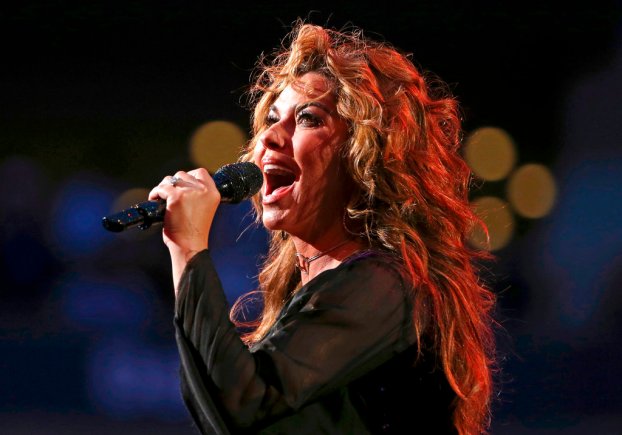 Shania Twain, who is Canadian, was criticized for saying she would have voted for President Trump if she could. AP photo

I used to love “Roseanne.” I don’t know if that show aired in Canada, where you’re from, but here in the States, it was considered appointment TV, groundbreaking and mercilessly funny.

That’s why I welcomed news of its reboot. But the show ended up sitting on my DVR for weeks. See, I had read where its star, Roseanne Barr, is a supporter of Donald Trump and I was conflicted. Critics said the reboot tackled the issue head on; I understand Laurie Metcalf, who plays Roseanne’s sister, Jackie, even shows up in a pink hat, representing the resistance.

So I wrestled with it for a while. But in the end, I deleted the show unwatched. Because the lamentable truth is, I don’t want to have anything to do with anyone who supports that guy.

I tell you this so you might have a better handle on the controversy you blundered into a few days ago when you told the Guardian newspaper that you would have voted for Trump if you could have, “because, even though he was offensive, he seemed honest.”

It was a dumb thing to say because, while Trump is indeed profoundly offensive, there is not a molecule of honesty in him; if he tells you it’s sunny outside, get galoshes — and a rowboat. But the dumbness of your statement is secondary to the fact that in making it, you — perhaps unwittingly — chose a worldview, defining yourself in opposition to those of us who place a premium on inclusion, compassion and decency.

So it was predictable that people began to kick you around Twitter like a rusty soup can. You’ve since apologized for an “awkward” answer to an inquiry you claim caught you off guard.

Whatever. The question of whether to believe and forgive you lies with your fans. Me, I’m just intrigued by what is being revealed about the state of the Union — and, frankly, about the state of me. I mean, I get that politics is divisive by design. But the division of this era is something new, something off the charts. It sends you scrambling back through history for suitable parallels.

I don’t mind telling you that I don’t like hearing myself draw an inviolable line between myself and other Americans based on who they supported for president. That’s not how America is supposed to work. It’s not who I have ever been.

But then, this is not really a question of politics. No, these are fundamental questions of identity. They are about the qualities we value. And perhaps none is more important than respect — for the dignity of LGBTQ people, for the equality of women, for the humanity of people of color, for the intelligence of the electorate.

People who don’t value those things — and I’m sorry, but if you support Trump, then no, you do not — have nothing to say to me. Nor I to them. I count that as a national loss; the very hope of goodwill withering away. I also count it as a personal loss; it means I’m going to miss the new season of “Roseanne.”

That’s the context of your blunder, Ms. Twain. I don’t know if you spoke in innocent ignorance or, if like Barr, you’re a true believer mesmerized by Trump’s coarse bluster. It doesn’t really matter. No, what matters is that your gaffe and the response to it remind us that America is, yet again, a house divided.

Maybe you remember what Jesus said about that.

Leonard Pitts is a columnist for The Miami Herald. Email him  at lpitts@miamiherald.com.

Note to readers: 55 years after graduation members of our high school class reunited to reminisce and renew friendships. I... read more