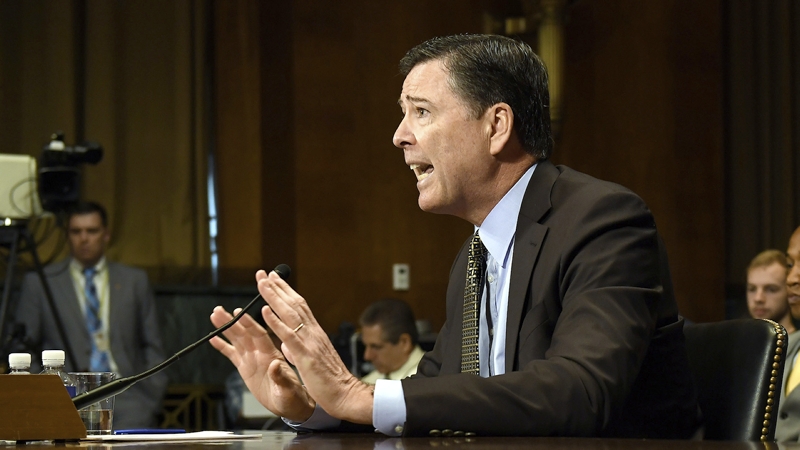 You don’t have to be a Junior G-Man to be wary of James Comey. After all, he was the American League MVP in Trump’s election, thanks to his late hit on Hillary Clinton. (Vladimir Putin and Cambridge Analytica tied for Foreign League MVP.)

Still, Comey is right about two things: (1) Trump is “morally unfit” to be president. (2) Democrats need to stifle the impeachment talk.

I’ve seen this movie before. Exactly 20 years ago, in 1998, Bill Clinton was mired in Monicagate. Democrats were diving for cover. Republicans, led by Speaker Newt Gingrich, were salivating. They just knew they had Slick Willy cornered.

Gingrich decided to nationalize the mid-term elections on the issue of impeachment. In the campaign, Republicans launched a national “Impeach Clinton” TV blitz.

It backfired. In North Carolina, it helped John Edwards unseat Senator Lauch Faircloth. Gingrich’s play just reinforced Edwards’s outsider, anti-Washington message: “Aren’t you tired of Washington politicians attacking each other instead of working for you?”

Democrats did well all across the country. Gingrich was thrown out as speaker.

Today, as then, the most unpopular institution in America is Congress. Even more unpopular than Trump.

So don’t be like Comey. He got in a peeing contest with Trump (and I use the term deliberately). Trump is good at that. Comey got it all over himself.

Be like Robert Mueller. Mueller doesn’t go on TV. He doesn’t say a word. No leaks. No interviews. Total radio silence. Which is the most powerful weapon against Trump.

When your opponent is busy shooting himself in the foot, don’t get in the line of fire.