College Baseball: Catawba’s Bowden is SAC Player of the Year 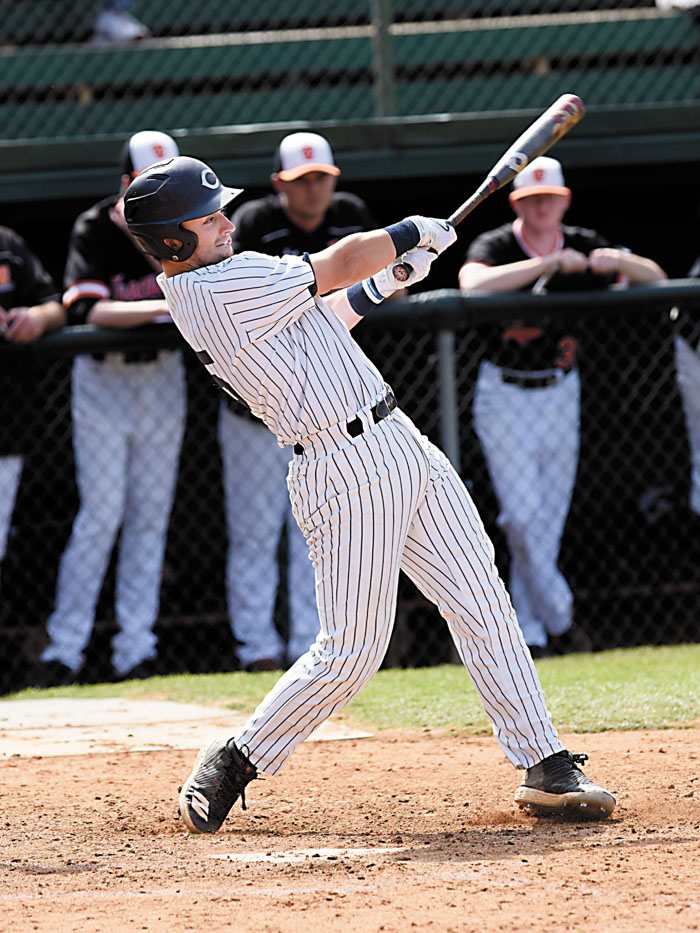 Wayne Hinshaw file photo/for the Salisbury Post ... Catawba first baseman Chance Bowden connects on home run during a game this season against Tusculum at Newman Park. Bowden, who starred at Salisbury High School, was selected on Tuesday as the South Atlantic Conference’s Player of the Year.

Enjoying a phenomenal senior season, Catawba College first baseman Chance Bowden leads all of Division II in hits with 82 and ranks in the top four nationally in RBIs (64), total bases (158) and homers (18).

The Salisbury High product is batting .396  with 24 multi-hit games.

He’s been perceived as the frontrunner for South Atlantic Conference Player of the Year honors for many weeks. Now it’s official. Coaches voted for the All-SAC teams and Gold Glove winners on Monday and awards were announced Tuesday.

Bowden is the fourth Catawba Indian to win the player of the year award in the last six seasons. Other recent honorees were Chris Dula (2013), Will Albertson (2015) and Luke Setzer (2017).

Bowden, who was SAC Player of the Week three times and the national player of the week once, also was named the league’s Gold Glove winner at first base.

Catawba’s only other first team honoree is Setzer, a senior from East Rowan who is batting .305 with 14 homers and 51 RBIs. Setzer also is the Gold Glove right fielder.

Catawba’s Jim Gantt is the SAC Coach of the Year for the 10th time. Catawba won the regular season championship for the sixth straight season. Catawba got it done with an offensive-minded team. The Indians lead the SAC in homers, doubles, slugging percentage and on-base percentage.

Lincoln Memorial lefty Ethan Elliott (7-3, 106 strikeouts) is the SAC Pitcher of the Year.

Anderson outfielder Chandler Castleberry was named SAC Freshman of the Year. He batted .288 with 15 homers and 53 RBIs.

Mars Hill catcher Matt Honeycutt, a junior from South Rowan, was named to the All-SAC first team. Honeycutt had 15 homers, 14 doubles and drove in 49 runs. He batted .399, third in the SAC, and was second in total bases to Bowden.

SAC baseball awards will be presented at the  South Atlantic Conference Baseball Championship at Smokies Stadium in Kodak, Tenn. on Friday, April 27, between games four and five.