Yesterday: When Air Force One did its Faith Fourth flyover 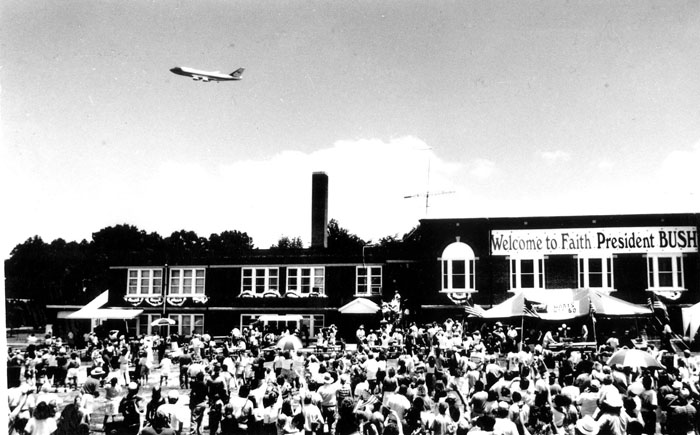 This past week’s death of former first lady Barbara Bush brought back many memories for Rowan Countians who attended the Fourth of July celebration in Faith in 1992. That’s the day President George H.W. Bush and his wife, Barbara, attended the Independence Day activities in Faith. They both addressed and interacted with the crowd, and President Bush played in a softball game. Some 30,000 to 35,000 people crammed into the tiny town for a chance to see the Bushes. People waiting for their visit and those lining the streets for the traditional Fourth of July Parade were delighted when Air Force One, carrying the Bushes to Charlotte before they were flown by helicopter to Rowan County, flew low over the Main Street parade route in Faith. This photograph from the Post files shows Air Force One over the crowd that was already gathered next to Faith Elementary School.