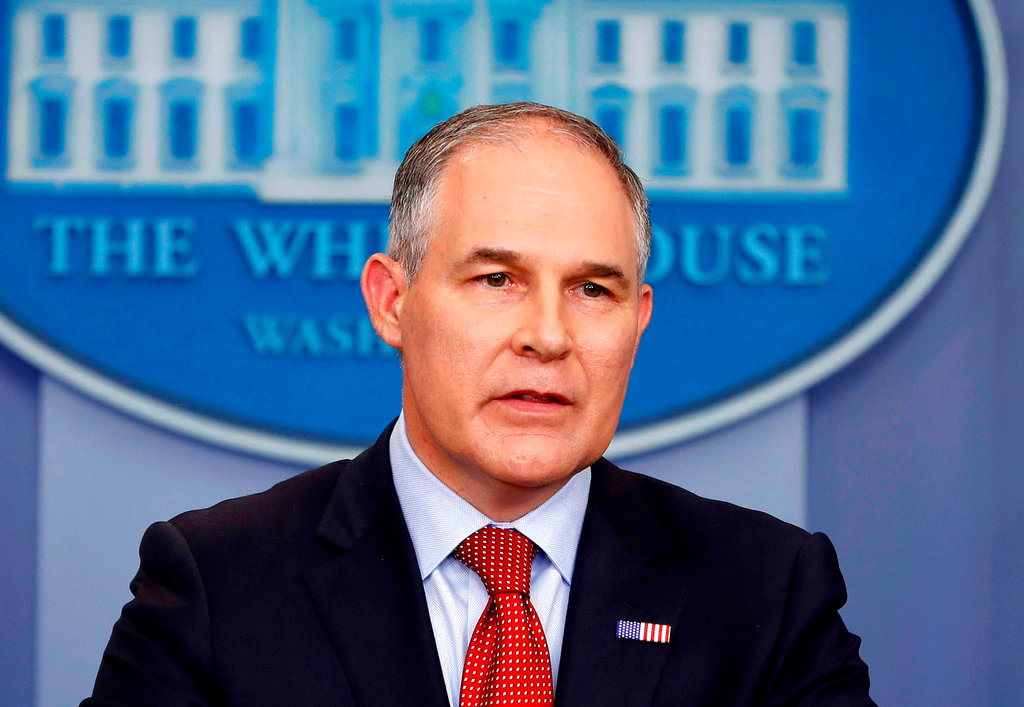 While the Trump White House has kept most of us either entertained or outraged during the past 15 months, many of this administration’s radical policies have been ignored in the general chaos of the moment.

For instance, while much of the media coverage of the EPA has focused on the spending habits and management style of Scott Pruitt, longstanding environmental laws are being undermined in ways that may do permanent damage to our children’s future.

The following is only a short list of the Trump administration’s environmental policies that have either already been implemented or are publicly proposed:

• The EPA has withdrawn a 1995 policy that had imposed limits on nearly 200 pollutants from being discharged into the air, water or soil. These substances include arsenic, lead and mercury.

• Scott Pruitt plans to abolish the Waters of the United States rule which was established in 2015 in order to define which of our nation’s rivers, streams, lakes and marshes would fall under jurisdiction of the EPA.

• Pruitt has also refused to consider the banning of chlorpyrifos, a pesticide that can damage the nervous system, especially of young children. This decision was taken despite the fact that many of the EPA’s own scientists concluded that a ban was warranted.

• Even the long established Clean Air Act of 1970 has quickly become a target for “reform” by Trump’s EPA. For instance, funding has been reduced for the EPA’s auto emission lab in Ann Arbor, Michigan. Pruitt has also announced that he will be reopening the question of whether standards for future fuel efficiency are feasible. The creation of fuel efficiency standards has been one of the greatest success stories in the history of environmental law. Joseph Somers, a retired engineer at the Ann Arbor lab, believes that because of innovation, the emissions of a single 1970 automobile is equivalent to approximately the combined carbon output of 500 current-model-year vehicles.

• The Migratory Bird Treaty Act (1918) is one of the very first environmental laws designed to help protect wildlife. The Trump administration has proposed to weaken the penalties that corporations would have to face for actions which might be harmful to wildlife. Under these new rules, even the devastation caused by an oil spill would likely result in little or no fines.

• In our state and local community, the issue of coal-ash disposal has been a major source of conflict for years. Even now Duke Energy is storing nearly 150 million tons of coal-ash in North Carolina. Pruitt has announced a proposal for a new coal-ash rule that would negate all Obama-era regulations. In fact, Pruitt’s new rule allows each state to decide how companies must remediate spills, how often they must test for groundwater contamination, and where they may place coal-ash ponds.

In the near future we will have an opportunity to pass political judgment on the Trump presidency. Unfortunately, many of this administration’s environmental policies have the potential of inflicting lasting harm on the health and safety of Americans for decades to come. We should all do what we can now to protect future generations.

Send My Turn submissions of 500-700 words to letters@salisburypost.com