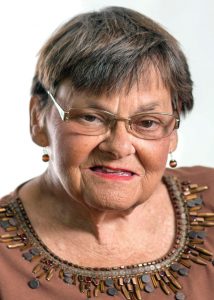 Have you ever read the story, “The Wooden Bowl?” Several years ago, my old friend Judy Mac copied this story in her beautiful hand writing and sent it to me by snail mail. I have read and reread it many times and knew from the beginning that I would someday write a story to share with others. Due to the length of it, this will be a shorter version in my own words.
An old man who was too weak to live alone moved in with his son, the son’s wife and his four-year old grandson. His hands trembled, his eyesight was poor, and eating became very difficult. Food often dropped on the floor and his milk was spilled on the lovely tablecloth time after time.
The adults got very tired of his mess and decided they had to do something, so they set a small table in a corner. Since he had already broken several dishes, they served him in a wooden bowl with a spoon. When the family glanced in his direction, he sometimes had a tear in his eye as they admonished him for his “carelessness.” The little boy watched, but said nothing.
One evening the father watched as the four-year old played with wood scraps on the floor. He asked his son what he was making. The little boy replied, “Oh, I’m making a little bowl for you and Mama to eat your food in when I grow up.” The parents became speechless and tears rolled down their cheeks.
They both knew something had to be done.
At dinnertime, the son took his old father by the hand and led him back to the big table, and he ate the remainder of his days with the family. The adults no longer cared when a fork or food was dropped, milk was spilled, or the tablecloth was stained.
According to the writer of the story, he learned many things: 1) “No matter what happens, how bad it seems today, life does go on, and it will be better tomorrow.” 2) “I’ve learned that you can tell a lot about a person by the way he/she handles things: a rainy day, the elderly, lost luggage, and tangled Christmas lights.”
One of the things I liked best was what the author said in one paragraph: 3) “Making a ‘living’ is not the same as making a ‘life.’” He also said 4) “Life sometimes gives you a second chance.”
The author also learned: 5) “That you should not go through life with a catcher’s mitt on both hands. You need to be able to throw something back sometimes.”
This reminded me of Billy Graham’s quote: “God has given us two hands, one to receive with and the other to give with.”
Another thing he said spoke directly to my heart and life: 6) “I’ve learned that even when I have pains, I don’t have to be one.” I certainly learned that complaining to others too much about my pain and problems can cause some folks to turn a deaf ear.
The writer learned: 7) “That every day I should reach out and touch someone and 8) “People love the human touch…holding hands, a warm hug or just a friendly pat on the back. 9) “And lastly, I have learned that I still have a lot to learn.” And my reply to this is that we all have A LOT TO LEARN!
There was a very good quote by someone else: “Everything can change in the blink of an eye, but don’t worry…God never blinks!” In summary, Judy closed with: “Throw out nonessential numbers. This includes age, weight, and height. Let the doctor worry about them; that is why you pay him!”
Now I would like to share a little bit about my experiences when sometimes I feel like I am eating out of a wooden bowl. Most of the time when I am eating with family or friends, they eat faster than I can. Many times the conversations tend to be on subjects which I know nothing about. At times, my choice of topics may be boring to a younger crowd and if they have not been taught properly, they may live being rude and unforgiving.
I thought about Exodus 20:12: “Honor your father and your mother so that you may live long in the land the Lord your God is giving you.” If you are raising children, have you set this example for them to understand? I encourage you to remember how you want to be treated when you are old and don’t want to “eat or talk” alone.

Linda Beck lives in Woodleaf. Email her at lindainthecards@gmail.com