Ferrel Guillory: 35 years after ‘Nation at Risk,’ reform has flipped 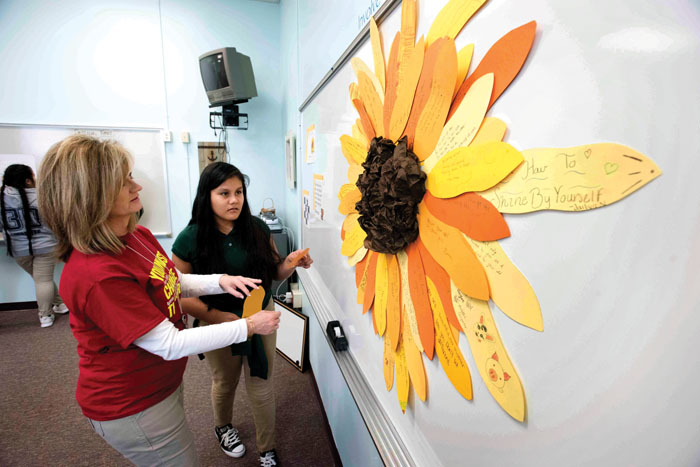 In April 35 years ago, an 18-member National Commission on Excellence in Education, appointed by President Ronald Reagan, issued “A Nation at Risk.”  With its sweeping findings and Cold-War-era rhetoric, the report delivered the proverbial wallop with a two-by-four upside the head.

The commission detected a “rising tide of mediocrity that threatens our very future as a Nation and a people.” Asserting that international competitors were advancing in science and technological innovation, the commission declared, “We have, in effect, been committing an act of unthinking, unilateral disarmament.”

Did the wallop work? An indictment of such broad scope defies easy analysis in 2018, when students carry iPhones to school and connect through a commercial internet that did not exist in 1983.

In terms of specific education policies, the commission had a win-some, lose-some record. It bemoaned the homogenization of high schools, and now the nation has a variety of magnet schools, early-college high schools, and high-focus science and math schools. The commission called for standardized tests at regular intervals, and indeed such tests have become standard.

And yet, Americans have resisted adopting the commission’s recommendation for longer hours in school and more days in the annual school term. The commission advocated stronger efforts to professionalize teaching, and now the nation watches teachers march for professional-level pay.

The Millennial generation offers another lens through which to assess whether education persists in putting the nation at dramatic risk. Millennials, defined as persons born between 1981 and 1996, have gone through schooling since the 1983 report, and they now represent the largest generation in the labor force.

But, of course, the Pew data speak to attainment levels, not the quality of the education behind the diploma. And the recent NAEP Nation’s Report Card scores, showing relatively flat performance in math and reading, have given vent to considerable hand-wringing.

Americans should expect better. Test scores are an important indicator of student achievement and of gaps along racial and ethnic lines, but not definitive measurement of national jeopardy. The commission put its analysis in the broader framework of commerce, industry and innovation.

Did the nation’s schools, colleges and universities put the nation at risk for failing to educate Americans on capitalism so as to forestall the tech-bubble, the housing credit collapse, and the Great Recession? Was it mediocrity in teaching history and civics that contributed to political polarization?

As the national education-news website, the 74 Million, suggested in one of its retrospective commentaries, “A Nation at Risk’’ helped spawn competing notions of “reform.” It described the two sides as “interventionists’’ – including both the Bush and Obama administrations – versus advocates of “local control’’ – in the Trump administration.

Governors – especially in the South — interpreted the report as a call to modernize public education. In Tennessee, Republican Gov. Lamar Alexander, moved the legislature to increase the sales tax to finance a Better Schools Program. In Arkansas, Gov. Bill Clinton launched a competency test for teachers. In North Carolina, Gov. Jim Hunt had a program of raising teacher pay, reducing class size and increasing core requirements for graduation.

Now “reform’’ seems to have flipped. The governors, legislators and advocates who describe themselves as reformers favor “local control’’ and more “choice’’ in the form of charters and aid to private schools. They argue that, in today’s world of wide consumer choices of automobiles and wifi-service, parents should have choice of education for their children. These political forces also tend to favor tax-cuts and restrained state and local budgets.

From the perspective of 35 years later, the legacy of the Excellence in Education commission appears in the on-going debates, in legislatures and perhaps in the 2018 elections, over what “reforms’’ will actually lead to a nation – and its school students – at reduced risk.