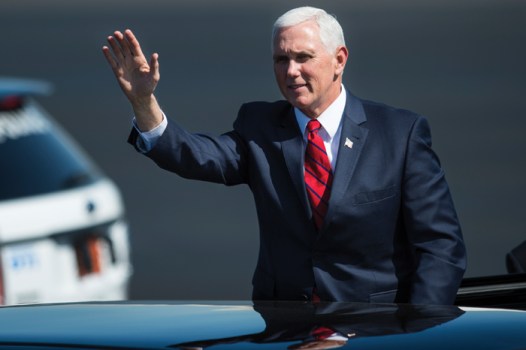 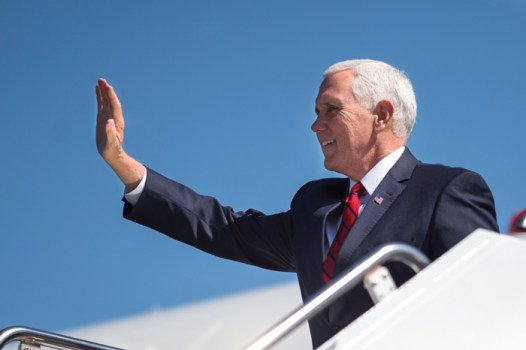 Vice President Mike Pence waves to the crowd as he steps off the Air Force Two at Charlotte Douglas International Airport on April 20, 2018. (Photo by Rebecca Benson) 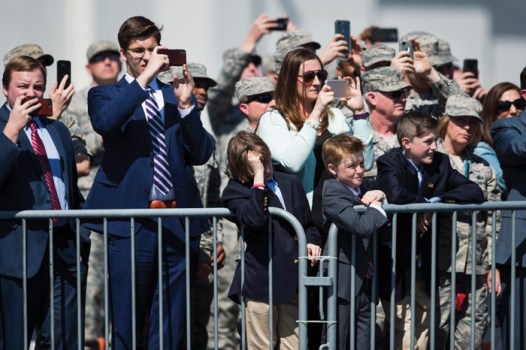 A crowd of people wait for Vice President Mike Pence to get off the Air Force Two at Charlotte Douglas International Airport on April 20, 2018. (Photo by Rebecca Benson) 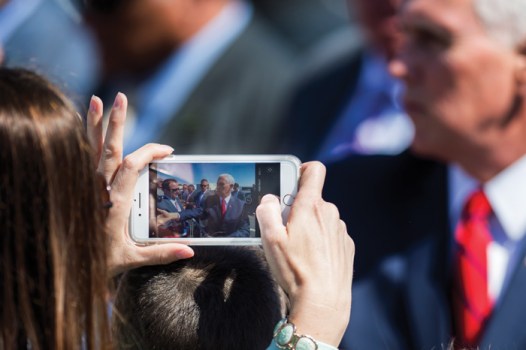 A woman takes photos with her phone of Vice President Mike Pence at Charlotte Douglas International Airport on April 20, 2018. (Photo by Rebecca Benson) 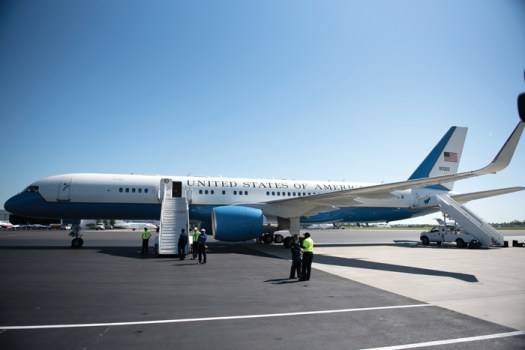 The Air Force Two on the tarmac at Charlotte Douglas International Airport on April 20, 2018. (Photo by Rebecca Benson) 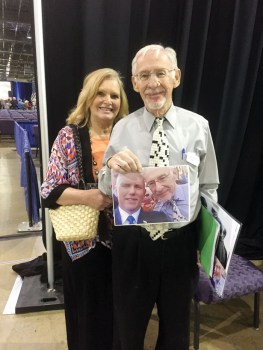 Bill Treat, with his wife Susan, holds a picture of the first time he met Mike Pence at the Catawba College rally in 2016. Pence is the third White House-bound candidate with whom Treat has taken a photo. Andie Foley/Salisbury Post 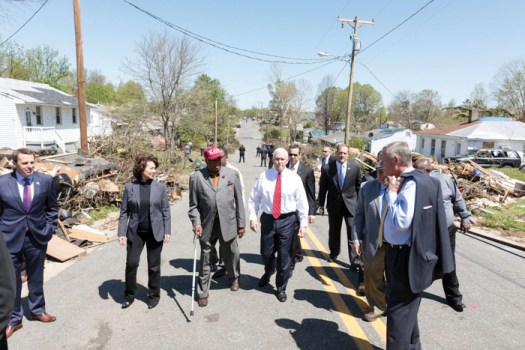 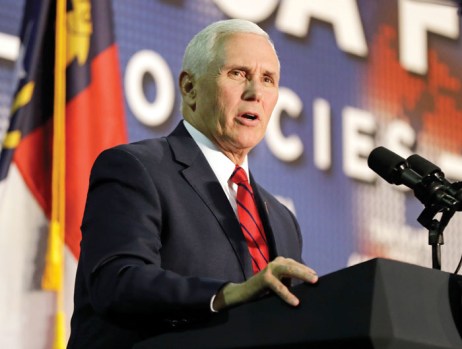 CHARLOTTE — When Bill Treat first met then-Gov. Mike Pence, it was at an October campaign rally at Catawba College in Salisbury in 2016.

Treat was wearing a crossword-puzzle tie and holding two laminated pictures: one of himself with Ronald Reagan in 1976 and one with George H.W. Bush in 1974.

It was with these pictures and some compelling evidence that he approached the vice presidential candidate.

“I said, ‘Sir, both of these men became president after having their picture taken with me,” said Treat. “At that point, he grabbed my cellphone and he took the picture of himself with me. Before taking the picture he said, ‘Then I need my picture with you, too.'”

The Charlotte resident would get a second chance to interact with Pence on Friday at the America First Policies’ “Tax Cuts to Put America First” town-hall meeting held in Charlotte.

Curtis Ellis, senior policy advisor for America First Policies, moderated the discussion. He began with a simple question: Why were changes to the tax code necessary?

“We need to unleash the potential of our great economy and the great American people that work every day and send a lot of their money to Washington,” said Tillis.

That meant putting $1.5 trillion back into businesses and into paychecks, he said.

“I’m making a bet on the American people and the American economy to pay that back several fold,” Tillis said. “That’s why we did it, and that’s why it’s working.”

Pittenger said the tax cuts resulted in a “creation of opportunity” in North Carolina.

“We believe in the American people. We believe they know how to spend their money better than the federal government does,” Pittenger said. “Now people have opportunity because jobs are being created. Companies are expanding. They’re giving back to their employees.”

Pence spoke after the panel discussion. His talk focused not only on tax reform but a list of accomplishments he said had been made since President Donald Trump assumed office in 2017.

“I think the last year and a few months can be summed up with one simple phrase: It’s ‘promises made and promises kept,'” said Pence.

The kept promises are many, according to Pence. He listed work to rebuild the military and raise pay for military personnel. He spoke of the president’s actions to “stand with our allies and stand up to our enemies.”

“We will not rest or relent until every man and woman who’s worn the uniform of the United States has access to the real-time, world-class health care that they earned in the service of this nation,” he said.

But the focus of the day was tax cuts, an action Pence said was an effort to “restore prosperity.”

“Since Day 1 in this administration, we’ve been keeping our promise to get the economy moving again,” said Pence.

The tax act brought economic changes to North Carolinians directly, Pence said. He said there has been a rebirth of manufacturing jobs and a total of 100,000 new jobs across the state.

“Jobs are coming back. Confidence is back,” Pence said. “In a word, under President Donald Trump, America is back, and we’re just getting started.”