Bell holds off Gragson to win Xfinity race at Richmond 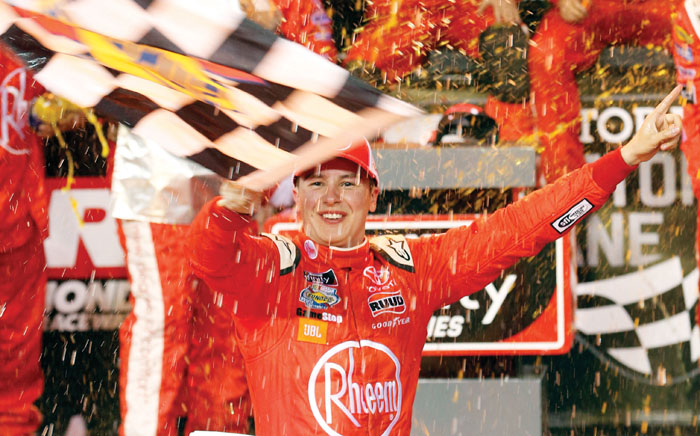 RICHMOND, Va. (AP) — Christopher Bell grabbed the lead from Noah Gragson shortly after a restart to begin the final stage and held off his Joe Gibbs Racing teammate after a late challenge to win the NASCAR Xfinity Series race at Richmond Raceway on Friday night.

Bell led by nearly 0.6 seconds at one point during the final stage, then had Gragson close onto his rear bumper with about 10 laps to go. But just as quickly as Gragson mounted a challenge in his first career start, Bell again pulled away for his second career victory in the series.

“That was pretty special there,” Bell said. “I had to work for it.”

At the end, Bell said, he could feel his car fading and just ran as hard as he could and hoped for the best.

“I think the word teammate kind of goes out the window when you’re racing for a win, other than the fact that you try not to crash each other,” Bell said. “Track position, man. That’s what ultimately won me the race.”

Bell climbed from fifth to second in the points race, 29 behind Sadler and two ahead of Tyler Reddick, who finished 11th.

Gragson seemed more distressed at having come up short than having had an impressive debut.

“It’s kind of great to finish second in my first race, but I really wanted to win,” he said, adding that he had some regret for listening to his spotter, instead of his own instincts, when he thought he could catch Bell over the final 20 laps.

“I found a little something in the track, a little speed there at the end of the second stage on old tires that I kept in my memory bank until then end and I told my team, I said, ‘I got something. I’m going to try to go. Just tell me when,’” he said.

“About 18 to go, I told them, ‘I can’t wait any longer. I don’t have any more patience. I’m going to go’ and I ran Christopher down about two, three car lengths there and I used it, and my spotter said not too quick. He might catch on and you might not be able to pass him.

“I probably should have gone there with 18 to go.”

Points leader and Virginia native Elliott Sadler finished third and won a $100,000 bonus as the top finisher in the Dash for Cash.

Sadler also won the second stage, his first stage win of the season, but restarted the final stage third and never challenged again.

“To not win the race is bad, but to win the $100,000 is great,” said Sadler, now winless in 30 career series starts on the 0.75-mile oval. “It took my car a while to get going and we knew that. It was just a little bit tighter this time than we wanted at the end of the race.”

Bell, Sadler, Matt Tifft and Austin Cindric, who finished fourth and fifth, will be in the Dash for Cash next weekend at Talladega.

Daniel Hemric, another of Friday night’s Dash for Cash contenders, had a strong early run and won the first stage, but chanced staying on the track with a failing tire late in the second stage. He eventually hit the wall and fell way off the pace, finishing 29th.